You Are Here: Home → 2019 → January → 19 → New efforts to lower down age of criminal liability, a state abandonment, groups say 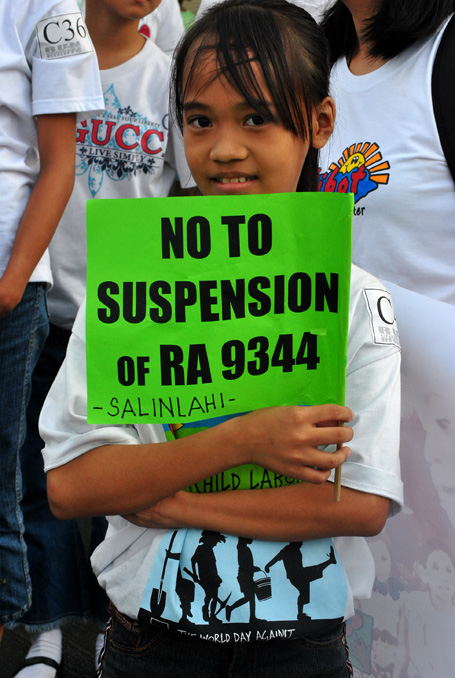 MANILA – Youth and children rights groups said the new efforts that seek to lower down the criminal liability of children from 15 to nine years old is a “state abandonment” as most children in conflict with the law belong to poor families who are in need of due social services.

“The proposed legislation aims nothing but to put the blame on children in conflict with the law and punish them behind bars,” said children’s group Salinlahi Alliance for Children’s Concerns in a statement.

The Minimum Age of Criminal Responsibility refers to the lowest age at which a child may be prosecuted within the Philippine criminal justice system.

At present, the Republic Act No. 9344 or the Juvenile Justice and Welfare Act of 2006 provides that children below 15 years old exempted from criminal liability but will be subjected to an intervention program, such as a child-caring institution under the Social and Welfare department, while those between 15 and 18 years old are to be sent to a youth center and go through rehabilitation programs.

News reports said lawmakers are expected to hold a hearing on Monday, Jan. 21, to repeal the present law.

As most belong to poor and low-earning families, Salinlahi said children in conflict with the law are victims of poverty, hunger, social inequality, and state neglect. The group said that of the two percent reported crimes committed by children from 2006 to 2012, about 47 percent were against property, such as petty theft and robbery.

In a statement, the United Nations Children’s Fund said the children in conflict with the law are “already victims of circumstance. Instead of lowering down the minimum age of criminal responsibility, the UN body called on lawmakers to focus on improving the implementation of the present law.