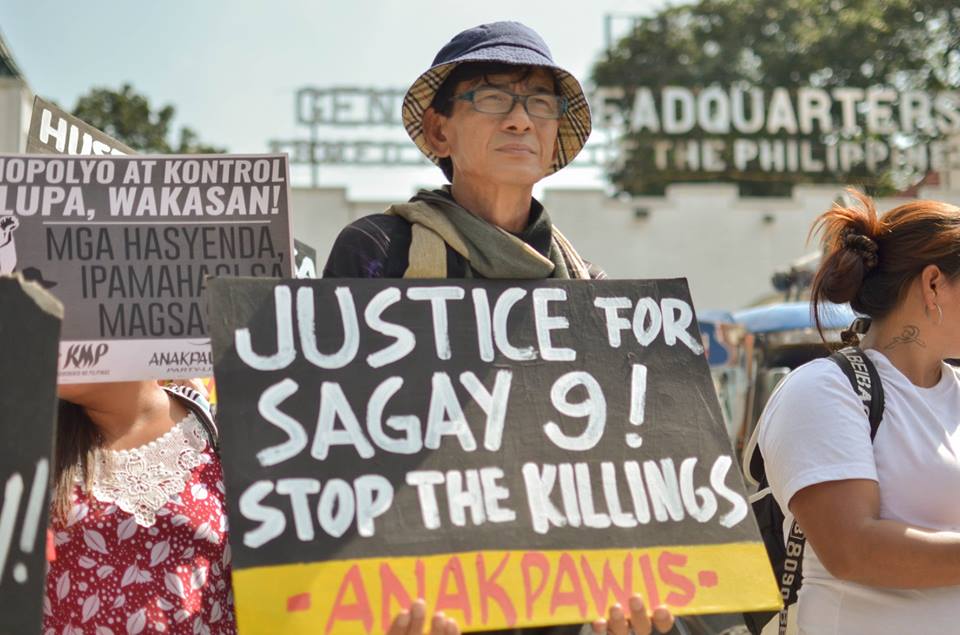 MANILA – Various groups protested the massacre of nine farmers in Hacienda Nene, Purok Pine Tree Bulanon village, Sagay City. They trooped to the gates of the Department of National Defense and Camp Crame Quezon City to denounce the October 20 killing of peasants.

The massacre victims, all members of National Federation of Sugarcane Workers (NSFW), had just begun their Land Cultivation Activity or ‘Bungkalan’ in the 75 hectares area of Hacienda Nene. Owned by a certain Carmen Tolentino, it is covered by the government’s agrarian reform program yet remains undistributed to this day. 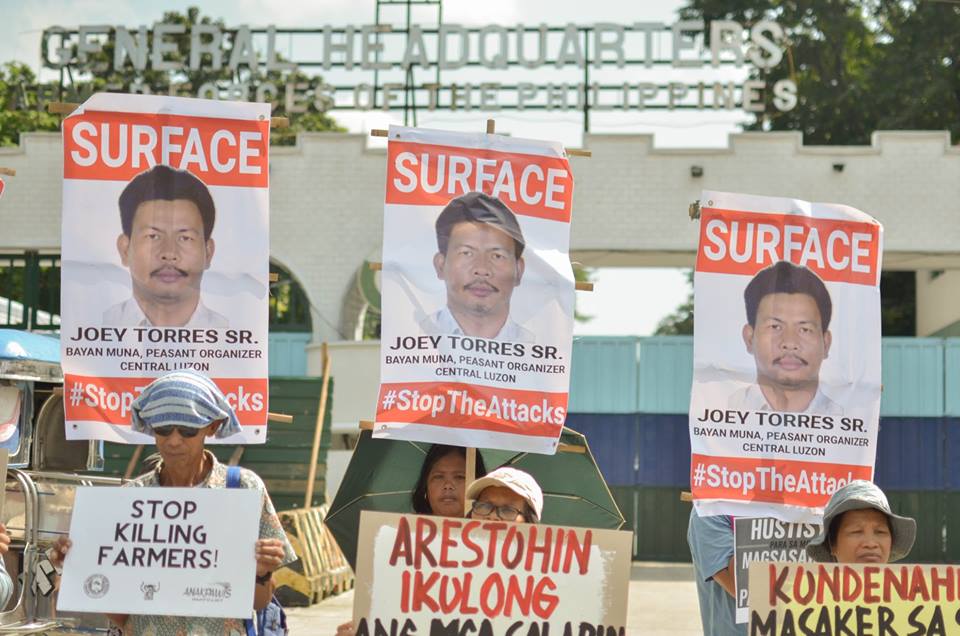 The manner by which the killing was committed points to impunity on the part of the perpetrators, said Bagong Alyansang Makabayan as in a statement. Along with the groups that trooped to the DND, Bayan demands an investigation into the massacre, with “no whitewash.”

The “Victims were shot and even burned. The message the killers were trying to send was that land rights had no place in that hacienda,” Bayan said. They questioned also why the police did not even try to list the landlords and private armies on its suspects, given that they are the ones most opposed to the presence of farmers in the hacienda.
Read: 9 farmers killed, 3 wounded in Sagay massacre

The Kilusang Magbubukid ng Pilipinas (KMP) has documented 172 peasants killed under President Duterte’s administration. Forty-four of which are in Negros Occidental and Oriental provinces. The massacre in Sagay City is the eighth massacre under Duterte. 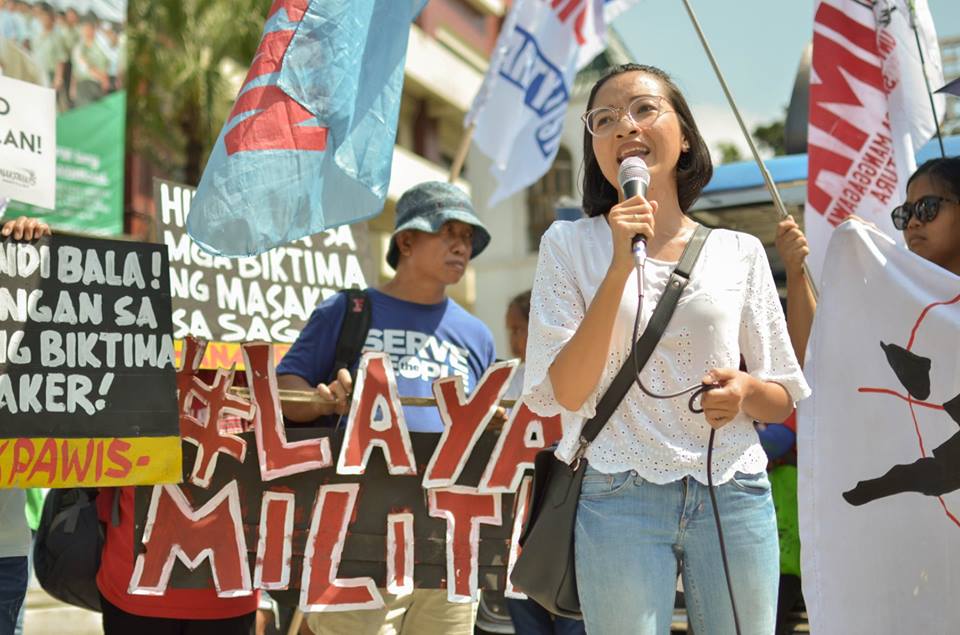 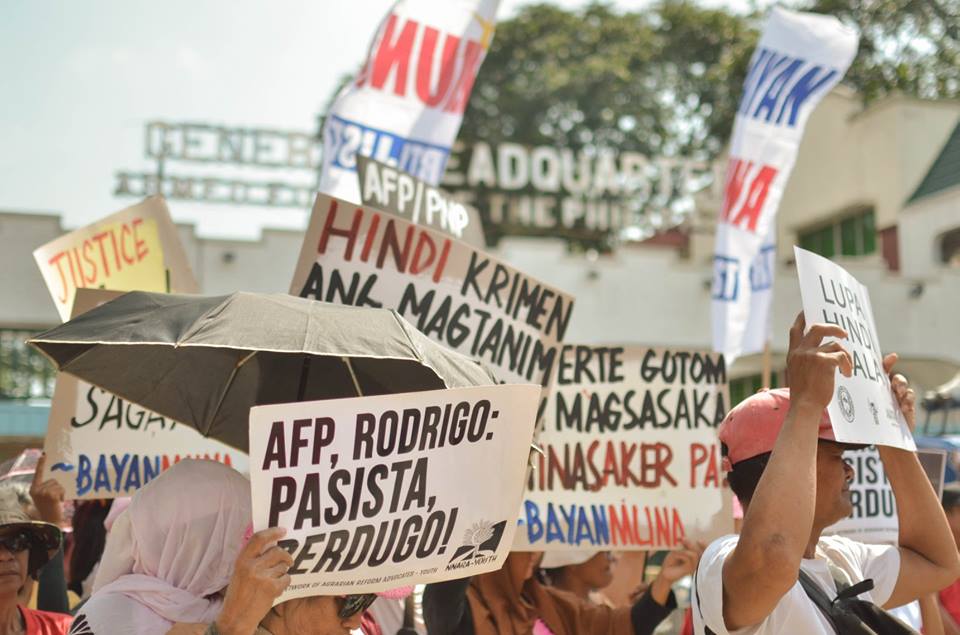 The Unyon ng mga Manggagawa sa Agrikultura (UMA) holds the Duterte and the military accountable to the incident. According to the group, the Negros-based 303rd Infantry Brigade of the Philippine Army has vilified the bungkalan or land cultivation areas in Negros as “New People’s Army (NPA) rebels’ communal farms.” They have also implicated land cultivation in the “Red October” plot. 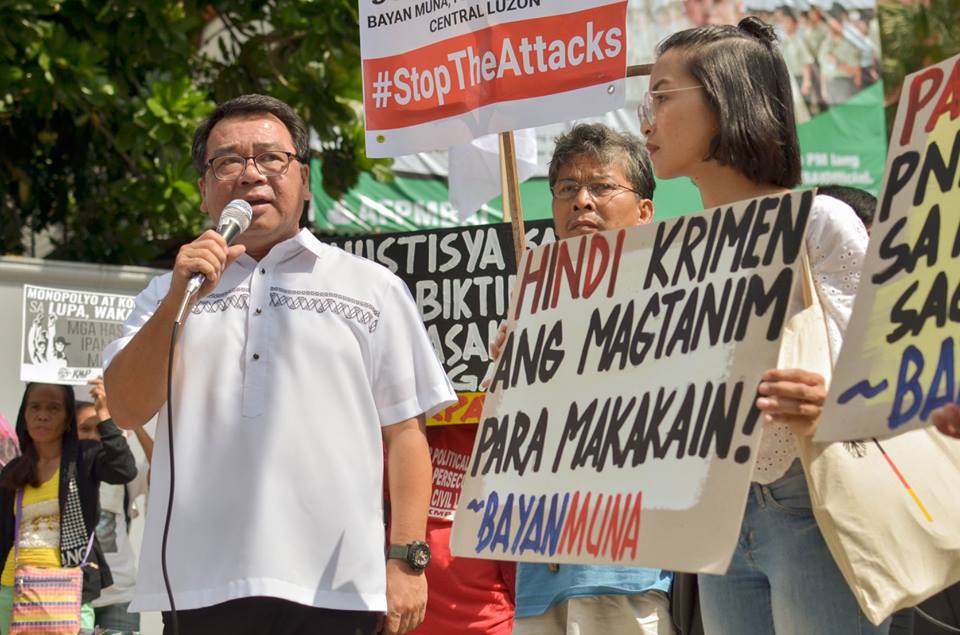 UMA and Human rights group Karapatan call on the Commission on Human Rights to conduct an independent and thorough investigation of the incident.