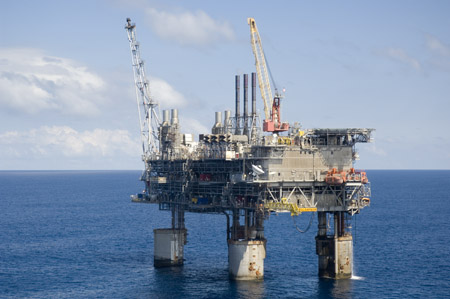 “Instead of practically exempting these big corporations from paying billions and billions of taxes, their taxes should be collected immediately and used to uplift the living standards of many Filipinos who are stuck in abject poverty.”

MANILA – Amid the rapidly rising expenses of ordinary Filipinos, some of which are blamed on more taxes under the TRAIN law, Bayan Muna is questioning the de-facto tax holidays or write-offs being enjoyed by giant companies. These are hundreds of billions of money that the government has not been collecting for a long time now from giant corporations such as Shell and Chevron, Rep. Zarate said in a statement.

Bayan Muna Rep. Carlos Isagani Zarate praised the Commission on Audit (COA) for “standing on its position as guardian of public funds” and advocating to collect the P146.8 billion tax underpayments from the operations of the Malampaya Deep Water Gas-to-Power facility.

So far, data showed the Philippine government has not yet collected the appropriate amount of taxes from the consortium, as computed by the COA.

In a 15-page decision dated Jan. 24 and made public last week, COA sustained its April 6, 2015 ruling that the government should not have shouldered the consortium’s income tax in computing its share of net revenues from the offshore natural gas field.

Presidential Decrees No. 87 and 1459 mandate that the minimum government share was 60 percent of the net earnings of the Malampaya gas project.

“If this Commission will not put an end to this illegal ‘tax assumption’ scheme, the government will continue to bleed billions and billions of funds that can and should be used for the very purpose intended by law,” read the COA decision.

Zarate also castigated the Energy Department and the Solicitor General for blocking, instead of supporting, the appropriate tax collection from the consortium.


Rep. Zarate described the Shell-Chevron’s tax underpayment as “a scandal bigger than pork barrel.” He urged the public not to let it pass.

“Why is the government giving in to the whims, caprices and profit greed of these big corporations, while bleeding dry our people of more tax burden as a result of the TRAIN law and other similar impositions?”, Rep. Zarate asked.

Aside from making the Filipinos pay for the income taxes of Shell-Chevron from Malampaya, energy officials have also been criticized in the past by Bayan Muna for the alleged sweetheart contracts, rubber-stamping of every rate hike demanded by energy companies, among others. In all of it, the consumers are forced to pay higher rates and assume the costs of every investment and risks associated with energy investments.

Demand for oversight on Malampaya funds

“It is in this light that we are calling on the House leadership for the fast-tracking of Bayan Muna’s House Bill 3877 so that Congress would have stringent oversight powers on the Malampaya funds and prevent this type of anomaly,” said Rep. Zarate.

The Davao-based solon explained that instead of “practically exempting these big corporations from paying billions and billions of taxes, these should instead be collected immediately and used to uplift the living standards of many Filipinos who are stuck in abject poverty.”

“This type of anomaly is one of the reasons why we filed House Bill 3877 to amend PD 910, Creating an Energy Development Board, and Mandating the Transfer of the Malampaya Funds to the General Fund, so that we can truly monitor and guard how the fund is being used and appreciate its true value in our national development,” said Rep. Zarate. Aside from Malampaya tax write-offs benefiting the multinationals, a number of issues concerning the use (or misuse) of Malampaya funds and the lack of transparency over its handling have been reported over the years. The alleged malversation of Malampaya funds was one of the issues persistently investigated also by journalist and doctor Gerry Ortega before he was murdered in Palawan seven years ago.