You Are Here: Home → 2018 → May → 8 → Guerrillas in Laguna blast police, military ‘fake news’ on sham encounter in Pakil 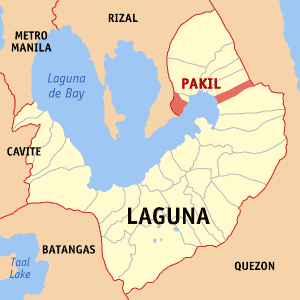 “Ask Maj. General Rhoderick Parayno, head of the 2nd ID-PA-AFP and former chief of PNP-CALABARZON, about who Criste’s handler was, and to whom did Criste’ group submit the monies they collected from their syndicate activities.”

MANILA – A spokesman of the New People’s Army (NPA) command based in Laguna condemned today what they call as fake news by the PNP-Calabarzon and SOLCOM-AFP. This concerns the supposed encounter between alleged red fighters and the police last May 2 at a police checkpoint in Dambo, Pakil, Laguna.

In an emailed statement, Magdalena Kalayaan, spokesperson of NPA’s Cezar Batralo Command in Laguna, said there was no NPA member among those killed and captured by the police in the so-called encounter.

The police flagged down a red Datsun and argued with the men inside. A firefight ensued, and afterward, Eleazar told the media that one Ismael Salazar Criste, supposedly alias “Ka Maeng,” 62, was killed.

Kalayaan said the NPA letterhead shown by the PNP to the media is fake, and that the 2nd ID-PA itself had made it for the syndicate activities of their various groups.

The NPA spokesperson strongly urged the media: “Ask Maj. General Rhoderick Parayno, head of the 2nd ID-PA-AFP and former chief of PNP-CALABARZON, about who Criste’s handler was, and to whom did Criste’ group submit the monies they collected from their syndicate activities.

Kalayaan accused the PNP and the AFP of merely engaging in a publicity stunt to deflect attention from their criminal activities, to malign the NPA and remove public doubts about the supposed encounter in Pakil.

She also said Gen. Eleazar, the newly assigned Calabarzon chief, and the group of Ismael Criste and Lt. General Danilo Pamonag, new SOLCOM-AFP chief, are exploiting the news of the rubout to promote themselves.

“Gen. Eleazar and Gen. Pamonag are both skilled at constructing fake news even before they got assigned to Southern Tagalog,” Kalayaan said.

As “proof” she pointed to Gen. Eleazar’s role in “manufacturing fake news” when he was still the PNP-Quezon City chief and implementing the anti-poor drugs war under Oplan Tokhang. As for Gen. Pamonag, “he’s a veteran in spreading fake news concerning the AFP-PNP’s destruction of Marawi in Mindanao.

Kalayaan said the people including those in Laguna and neighboring provinces know too well that the NPA strongly adheres to revolutionary discipline and serving the interests of the people. She urged the public to strongly condemn and expose the PNP-AFP lies against the NPA.

She called on the media to strive to get to the bottom of the “news” and what’s behind every AFP-PNP announcement. This, she said, is to ensure that the truth will come out and that the news that reach the people are indeed the truth.