MANILA – Various sectoral groups staged a protest near the US embassy here on Nov. 10, the second day in a row, in anticipation of the first visit by US President Donald Trump in time for the Asean summit on Nov. 12.

Hundreds of anti-riot police men blocked the rallyists led by Bagong Alyansang Makabayan (Bayan) at the corner of Mabini street and United Nations avenue, blocks away from the US embassy. 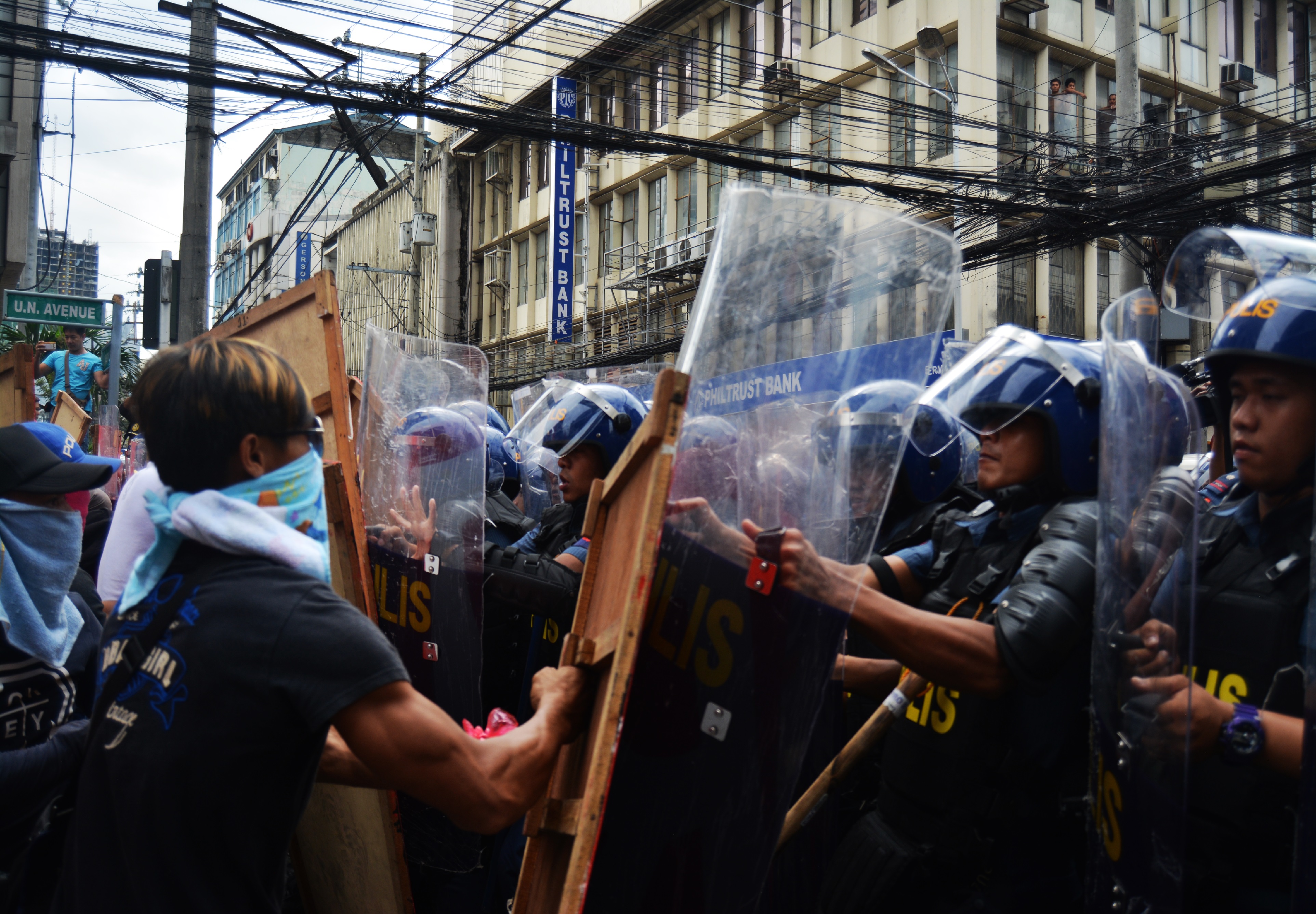 The rally was part of the series of “Ban Trump” protests, as Bayan denounced the holding of the 31st summit of the Association of South East Asian Nations (ASEAN) and US President Trump. The protesters called for a stop to US economic and political intervention, and for US troops to leave the country.

Calling President Duterte and Trump “fascists,” Karapatan secretary general Tinay Palabay stressed how the US supports the Duterte administration’s bloody War on Drugs, giving $9 million to the program for 2017. The US also gave $97.5 million in military aid, Palabay said, citing US Congress data.


“The ASEAN has long been rendered subservient to unequal economic and political agreements shoved down these countries’ throats by imperialist nations. There is no partnership here, only the connivance of powerful countries to sell, undermine, and plunder the rest of the world – with the permission of our own fascist leaders who have benefitted from this wretched system,” Palabay said.

The protesters also denounced the Duterte administration for allocating P15.5 billion for the hosting of the summit.


“The Asean, and all the superficial glamor that comes with it, is a tasteless attempt to feign progress and development in a region that is already drained off of its labor, resources, rights, and dignity. US imperialism is tantamount to war, human rights violations, unfair economic policies, and the preservation of a world order that favors a wealthy few,” Palabay said.