You Are Here: Home → 2017 → September → 13 → IP leader from Sandugo alliance threatened with arrest 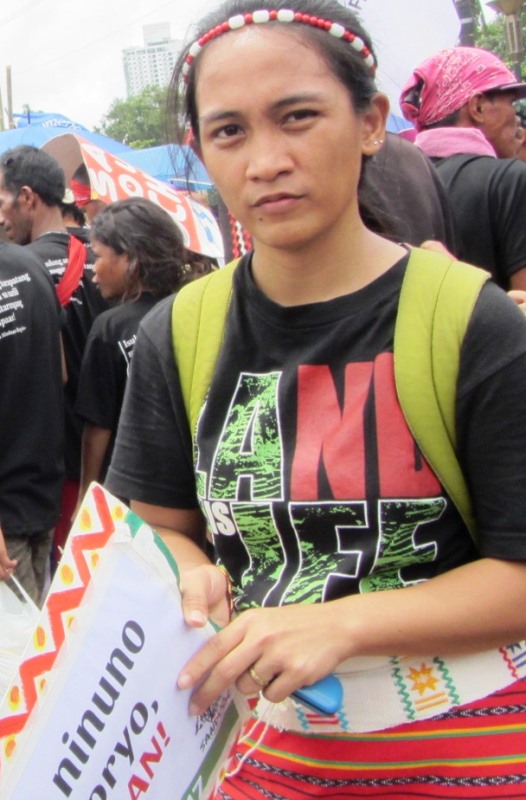 MANILA — Pya Malayao, council member of Sandugo alliance of Moro and indigenous peoples, received this morning a threatening call from a man who identified himself as Mark. Saying he is an intelligence operative of the National Intelligence Coordinating Agency, this ‘Mark’ invited Malayao for a meet up at a coffee shop in SM North Edsa this Wednesday, Sept. 13.

‘Mark’ reportedly told Malayao his group can arrest her anytime unless she agrees to “cooperate”. He also said his group is talking cooperation with a certain ‘Asyong’ and ‘Cita.’

Aside from Malayao, Joan Jayme of KATRIBU has also been receiving threatening texts and calls from the same cellphone number used by Mark.

Immediately after college, she worked as a full-time volunteer with the KATRIBU Kalipunan ng mga Mamamayang Katutubo sa Pilipinas, an alliance of indigenous people’s organizations in the Philippines formerly known as KAMP. She has been KATRIBU’s spokesperson and currently, its Secretary General.

The Sandugo alliance of Moro and IPs is currently holding a three-week Lakbayan ng Pambansang Minorya, with main camp in UP Diliman.