On Arakan incident: NPA gives battle to Army men who fired at them

“The armed men inside the white vehicle which the government troops said was that of the PSG identified themselves as from the Army.”

MANILA – PSG ambushed? It appears the unmarked white van disabled in Arakan was being driven by an armed man who identified himself not as a member of the Presidential Security Group (PSG) but as an Army soldier. 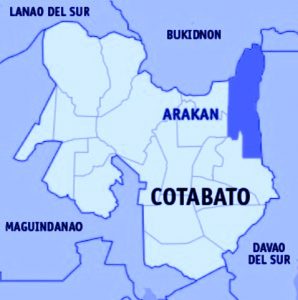 The Regional Operations Command in Southern Mindanao of the New People’s Army confirmed, in a statement last night, that they were indeed the armed troops that figured in the misreported incident on Wednesday, July 19. Their account of the incident confirmed that they had put up a checkpoint at Barangay Katipunan, Arakan town along the Davao-Cotabato-Bukidnon national highway.

“The NPA checkpoint was put up to interdict military and police vehicles carrying weapons plying the route as part of the NPA campaign in response to the CPP’s call to fight the martial law in Mindanao,” the statement of the NPA regional command said.

The news last Wednesday said suspected NPA guerrillas “ambushed” members of the PSG detailed in the area. But in subsequent probing by GMA News that sought details on the incident, PSG spokesperson Michael Aquino and Armed Forces of the Philippines Eastmincom spokesperson Ezra Balagtey said, in separate interviews, it was their troops that started the firefight.

The news of the supposed NPA “attacks” on the Presidential Security Group quickly drew condemnation from Malacañang. The following day, it was one of the justifications used by President Duterte in ending the peace negotiations with the CPP-NPA-NDF. However, the Arakan incident appeared to be neither an ambush nor an attack directed at the PSG. It was an armed encounter that happened when Army men opened fire at the NPA guerillas and the latter gave battle in defense.

At 6 a.m. Wednesday, July 19, an unmarked, heavily tinted vehicle rolled down the road to the NPA checkpoint. “The vehicle’s driver rolled down his window and introduced himself as an Army man. Upon realizing the checkpoint was not being manned by AFP soldiers, he immediately drew his gun and stepped on the gas while rolling up his window,” the NPA regional command said in a statement.

The NPA statement recounted that to prevent the unmarked vehicle with armed Army men from going any further, the NPA fighters disabled the vehicle, hitting its tires until it stopped.

At that point, they said, a second vehicle came racing through firing their weapons at the NPA fighters.

The second vehicle succeeded in ramming through the checkpoint, leaving the white armored van. But a nearby unit of the NPA returned the Army men’s fire before their vehicle could speed away.

Having disabled two unmarked vehicles, the NPA said they then approached the vehicles and asked its passengers to alight.

“The passengers declared that they are not going to resist but insisted they could not come out of the auto-locked vehicle,” the NPA said.

The NPA unit said they left the site before 7 a.m. as directed by their leaders. The AFP Eastmincom spokesperson, meanwhile, told reporters hours later that they sent troops to pursue the NPAs.