You Are Here: Home → 2016 → September → 21 → #BuildFilipino: Developing local steel industry as a sure bet for change

#BuildFilipino: Developing local steel industry as a sure bet for change 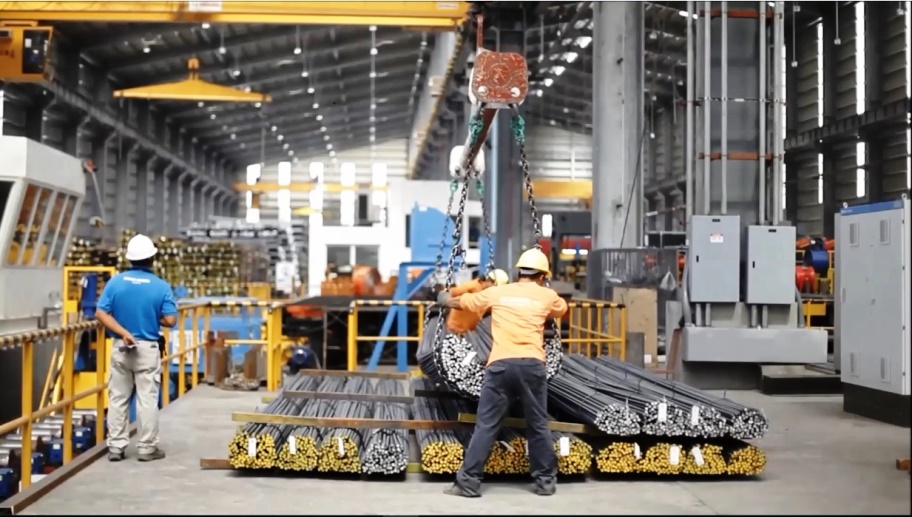 Ibon Foundation and patriotic scientists are pushing for the development of the local steel industry, saying it is a basic industry that has a bearing on the development also of other industries, from construction to transportation to making machines for agriculture and consumer goods production.

MANILA – Rafael Hidalgo, vice-president for Corporate Development of Steel Asia Manufacturing Corporation, easily demonstrates an intimate knowledge of the Philippine steel industry. In a forum on national industrialization held last week at the University of the Philippines in Quezon City, where he graduated as an engineer, he exceeded the time allotted him to give a succinct picture of the country’s steel industry.

His presentation simultaneously impressed and worried. On one hand, his company exhibits real and tested Filipino capability at modern steel production. On the other hand, its experience reveals the ever present threat of being hindered by what activist scientists call as “influence-peddlers,” mostly from big importers and policies on trade liberalization itself.

Undue competition from imports compounded by lack of government support has driven other Filipino-owned pioneering steel companies in the Philippines to close shop. Of those that remained, Steel Asia is the largest. Its five steel mills contribute up to two million metric tons of semi-finished steel in a year, directly giving jobs to three thousand workers and indirectly to at least 15 thousand more. It was the first to adopt modern technology in their time, when it began operation 50 years ago, Hidalgo said.

It is still ambitious today. It is building three more steel mills, one of which Hidalgo described as the world’s ‘largest and most modern steel bar rolling mill’ when finished.

With three new mills under construction, Steel Asia is set to more than double its two million metric ton annual production. But its expansion has been delayed for two and a half years now.

The “funding mafia is very strong,” Hidalgo lamented. He said this “mafia’s” lobbying has resulted in “sabotaging development of manufacturing projects with red tape.”

From what Hidalgo shared, the “influence-peddlers” serving those who stand to benefit big from importing other countries’ steel are behind the delays in their new steel mills. He said leaders of an influential business group are behind the importation and efforts to supplant local steel manufacturing with Chinese imports.

“Their plan is lucrative especially since it does not require long-term investment. But this
comes at the expense of the country’s development, public safety, the labor force, and Philippine industrialists and investors,” said Hidalgo.

Despite Steel Asia’s heft, it, too, appears to be at the mercy of what amounts to dumping of imported steel by other countries, which had developed its industries first, with strong support from their respective governments.

At the forum, Hidalgo pinpointed some deadweight stunting the growth of Filipino steel. One of the heaviest is the “not level playing field,” which makes it easier to import steel than manufacture it. Another example is how locally produced steel are being rigorously tested, yet testing is relaxed for imported steel. Hidalgo said this allows substandard steel into the market.

Resisting the trend of ‘arrested development’

Construction takes up much of the current demand for Philippine steel. But if change is indeed coming, for instance through policies for national industrialization, the forum organizers forecast higher rates of increase in local demand for steel. Which is as should be, they said, considering the country has a wealth of human and natural resources.

Unfortunately for Steel Asia and for what remained of the ‘industries’ of the Philippines, past and present economic policies have constricted and stunted rather than grow and boost local industries. No thanks to neoliberal policies of privatization and liberalization, the country’s manufacturing is now at its lowest (or smallest), according to Sonny Africa, executive director of Ibon Foundation, during the forum on national industrialization.

Both Sonny Africa of Ibon, and Ganni Tapang, president of Agham (Advocates for Science and Technology for the People), said that it makes much more sense now and in the long run to tap these human and natural resources for Philippine industrialization and development rather than export it raw and cheap.

Ibon Foundation and patriotic scientists are pushing for the development of the local steel industry, saying it is a basic industry that has a bearing on the development also of other industries, from construction to transportation to making machines for agriculture and consumer goods production.

President Duterte has also said as much, calling the steel industry “the mother of industries”.

Developing this industry, they said, could better provide Filipinos with jobs and keep more of the income and capital at home. It is thus the complete opposite of export orientation and import dependence, the decades-long thrusts taken by succeeding governments, which resulted to today’s worst joblessness and poverty, according to Ibon.

They rejected the notion that it is better to import steel just because it seems cheaper.

“A genuinely Filipino iron and steel industry is a vital strategic element for Philippine socioeconomic development, stability and national security. It can still serve as the backbone of manufacturing and national industrialization even amid the hyped globalization of the 21st century,” Ibon said in its paper last July.

Although the steel industry is a basic industry that requires growing and developing if change is to come, it has no continuous production chain in the Philippines. “Almost all existing or potential manufacturing industries are unsupported or not linked to the domestic steel industry,” Hidalgo said.


So, “Up and down the value chain, there are broken links and reliance on imports,” said Hidalgo. As a result, he continued, “Our resources are exported and brought back to us as finished goods, and all the jobs and value added are going to the countries that exported (steel) to us.” The steel company where Hidalgo works is mainly producing steel rebars for construction.

Last year, Hidalgo said, the country consumed 8.56 million metric tons of steel. To produce this much steel, the country needs a lot more steel factories, a lot more employed workers adding value in every stage of production. “Importing a big portion of 8.56 million metric tons means giving away job opportunities and paying dearly for all those value added to other countries instead of to Filipino industries,” Hidalgo said.

A primer distributed at last week’s forum on national industrialization also said the Philippine steel industry is competitive with any in the world, and investments in state-of-the-art technology are guaranteed returns, provided there is a level playing field.