MANILA – Marking the 152nd birthday of Filipino revolutionary Andres Bonifacio, cultural groups paid homage to the Supremo through their performances. 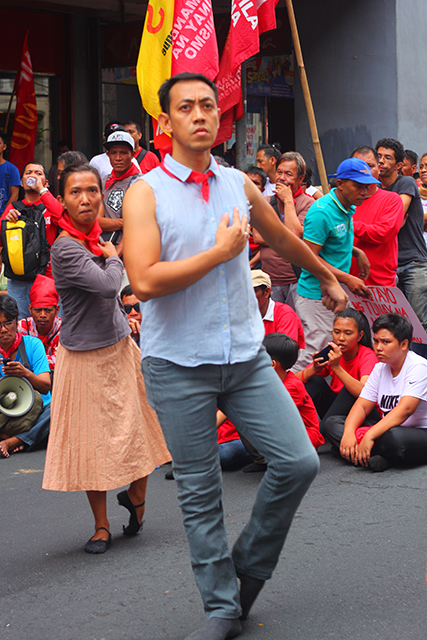 Bonifacio is the founder of Kataaas-taasang Kagalang-galangang Katipunan (KKK) that sought to overthrow Spanish colonialism through armed uprising. Nationalist historians recognize Bonifacio as the first president of the Philippine Republic. 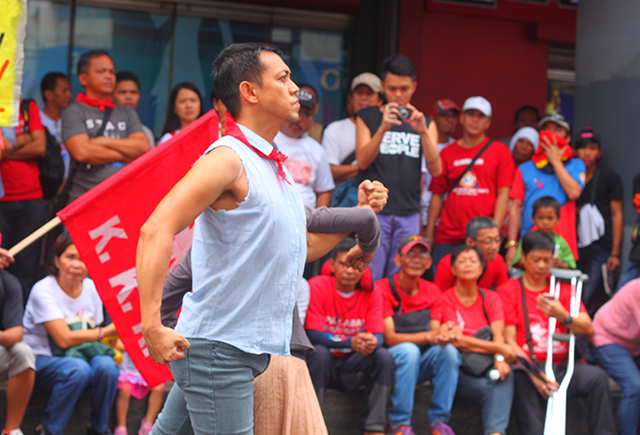 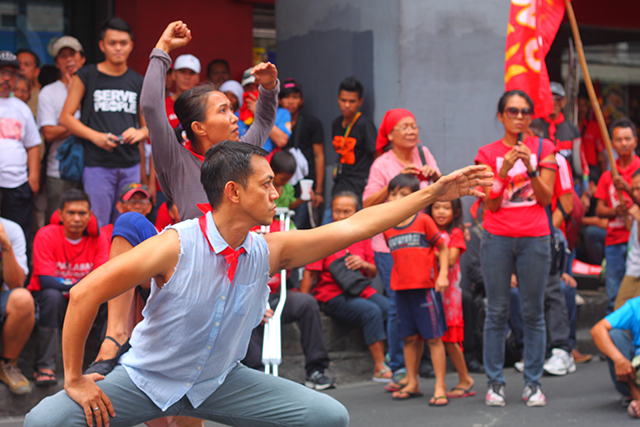 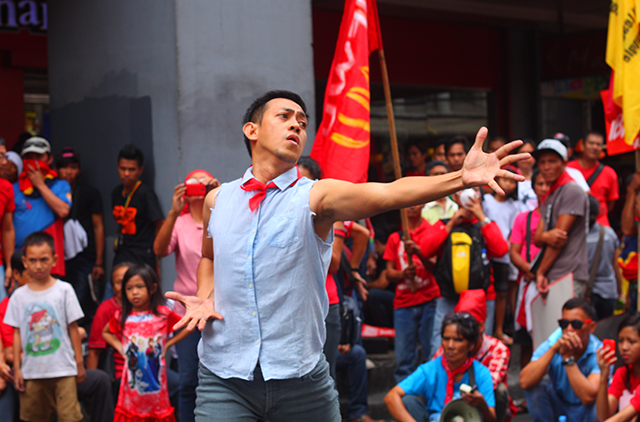 The poem appeared on the first issue of Kalayaan, the newspaper of the Katipunan, in March 1896. Many years later, Luis Jorque composed the music for a short version of the poem. Inang Laya popularized the song during the anti-dictatorship movement. 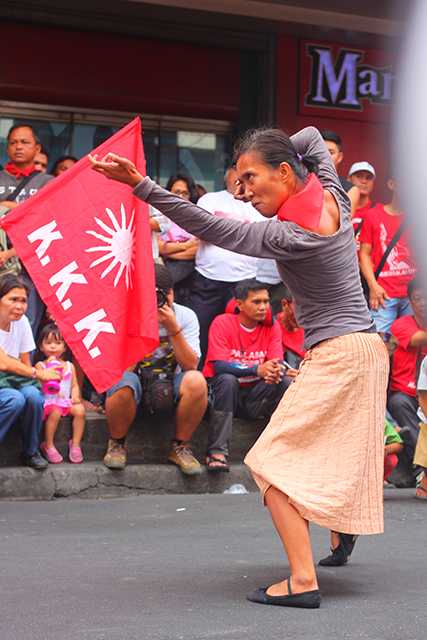 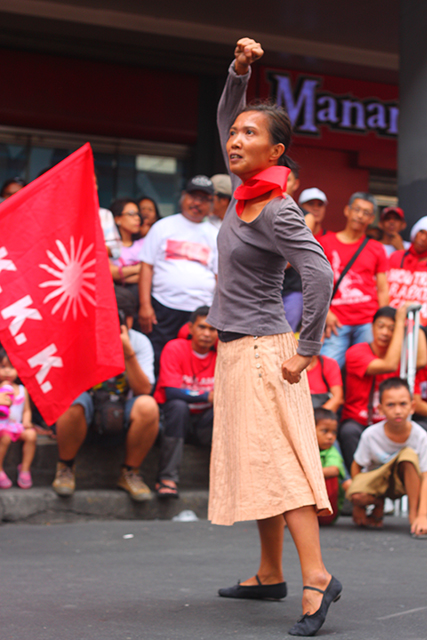 Through their movements, Sining Kadamay’s Edwin Quinsayas and Loi Villarias gave justice to the passionate lyrics and melody of the song. 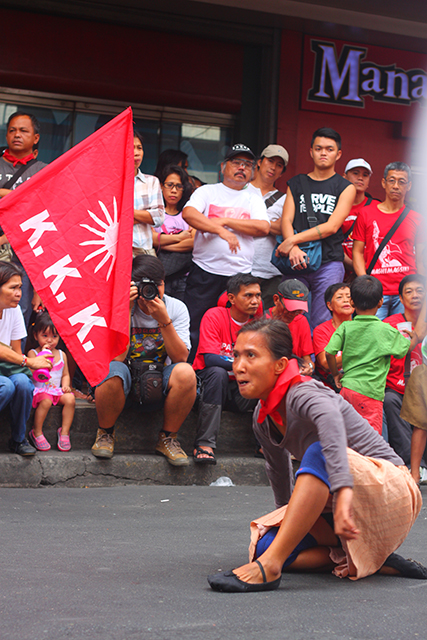 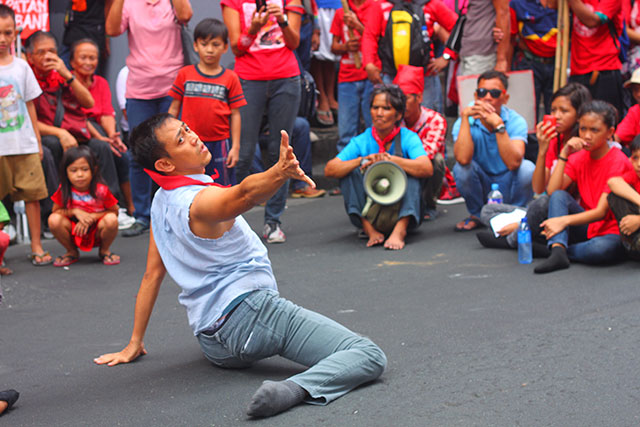 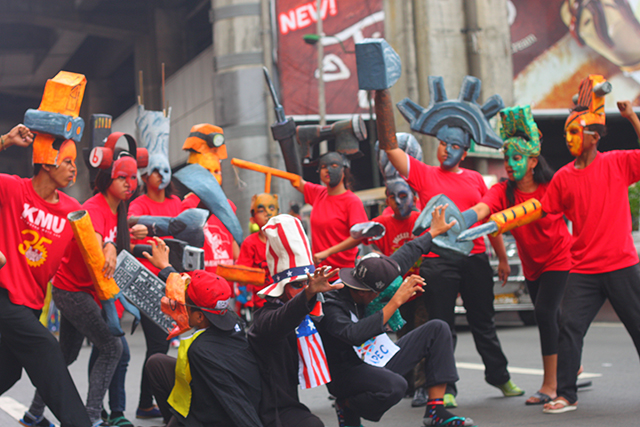 Wearing headdresses and props made of papier-mache, the performers portrayed workers from different industries. The performance encouraged workers to form unions. 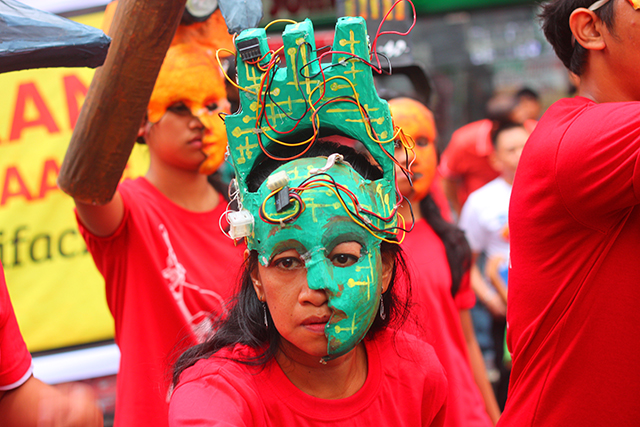 Bonifacio is hailed as a hero of the working class. He sold canes, became a bodeguero (storehouse keeper) and factory worker.

The performances not only honored Bonifacio but also called on the present generation to continue Bonifacio’s unfinished revolution. 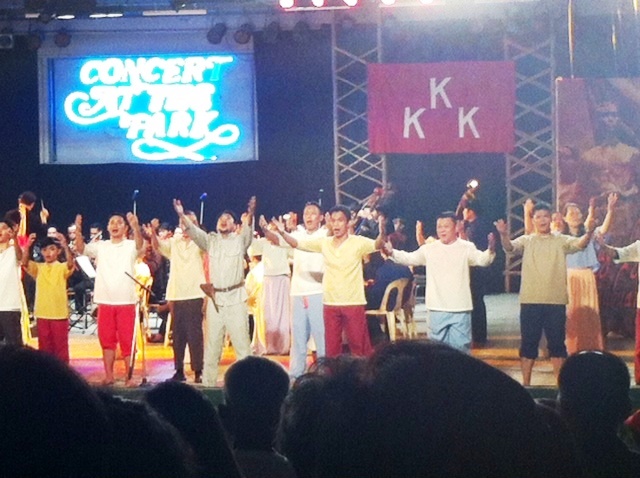 The night before, Bonifacio was also honored with a grand Concert in the Park dubbed as “Pag-ibig sa Tinubuang Lupa” held at the Rizal Park. The Manila Symphony Orchestra and the Andres Bonifacio Concert Choir delivered the free concert in celebration of Bonifacio Day. The well-attended event traced Bonifacio’s impact in history.