Privatization of LRT bleeding us dry

Ruby, an ordinary contractual worker, took 100 pesos from her wallet. This was one of the last few peso bills left from her previous month’s sweat-drenching work. She surrendered her P100 to load her beep card, enough for 5 rides via Line 1 of the Light Rail Transit (LRT1). Ten months ago, her 100 pesos would have covered 8 rides (or 60% more) from EDSA to Carriedo, her daily route. Today, Ruby is set to spend at least P1,000 per month, 10% of her monthly salary, to ride the LRT1 from her home to her workplace. On top of that, she and millions of Filipino taxpayers are set to pay at least at least 12 billion pesos to the Light Rail Manila Corporation (LRMC), the new private owner of LRT1.

How on earth did this happen?

Last September 2014, the Light Rail Manila Corporation (LRMC) was awarded a P65-billion contract by the Department of Transportation and Communications (DOTC) to operate and maintain the LRT1 under the Public-Private Partnership (PPP) program of the BS Aquino administration. The construction of the 11.7-kilometer extension of the LRT1 from Baclaran in Paranaque City to Bacoor, Cavite is also stipulated in the 32-year concession agreement.

The LRMC is 55% owned by Metro Pacific Light Rail Corp., 35% by Ayala Corporation Infrastructure Holdings Corp., and 10% by foreign-owned Macquarie Infrastructure Holdings, Inc. It can be recalled that in March 2014, a joint venture between Ayala Corporation and Metro Pacific was also awarded a P1.72-billion contract for the automated fare collection system of the LRT and the MRT. The two corporate giants are also currently bidding for the privatization of Line 2 of LRT (LRT2) and the North-South Railway.

Unknown to many, Filipinos taxpayers and their families are made to carry the burden of paying for various deal sweeteners included in the LRT1 concession agreement. This includes a P5-billion project startup subsidy, P105 billion in tax exemptions, revenue shortfall subsidies, and assured fare increases of up to 10.25% every two years and 5% upon completion of the LRT1 extension. These are on top of a sovereign guarantee amounting to P7,519,428,667 to be paid next year in penalties and fees. All these will be drawn out from the pockets of Ruby and us, the taxpayers and commuters – a clear mass robbery in broad daylight.

President BS Aquino and Finance Secretary Cesar Purisima’s admission that the government is legally bound to pay LRMC an enormous amount of money demonstrates how flawed and corrupt the PPP program is. Under the guise of so-called infrastructure development, the government willingly submits itself to huge profit-oriented entities with very little in return. Contrary to Aquino’s claim that PPPs will generate income for the government, the PPP scheme is in fact a green pasture for private and foreign companies to milk more profits from public utilities which should be a government responsibility to its people in the first place.

This PPP deal entered by the government is not only unscrupulous but reeks of corruption. It can be recalled that the Commission on Audit (COA) previously reported that P1.3 billion in funds allocated to the DOTC in 2014 under the Disbursement Allocation Program or DAP for the repair and maintenance of LRT1 and LRT2 remains unused. In fact, since the 2014 bidding for the LRT1 privatization and expansion, there has been a 23% reduction in the number of operating light rail vehicles or LRVs, from 100 in 2014 down to only 77 this year.

Privatization does not guarantee quality service. Passing on the responsibility of providing public utility services to the private sector is doomed to fail due to their orientation towards profit instead of providing quality and affordable social service. Currently, commuters are left with no choice but to ride expensive yet unsafe trains such as the MRT, which has been found to be five times more dangerous than trains in the U.S. For the longest time, the LRT and MRT have earned the ire of the public for its long queues, frequent glitches and incidents compromising public safety. Who will forget incidents like rain inside an electricity-run train, the breakdowns and the overshooting of the MRT train onto EDSA? 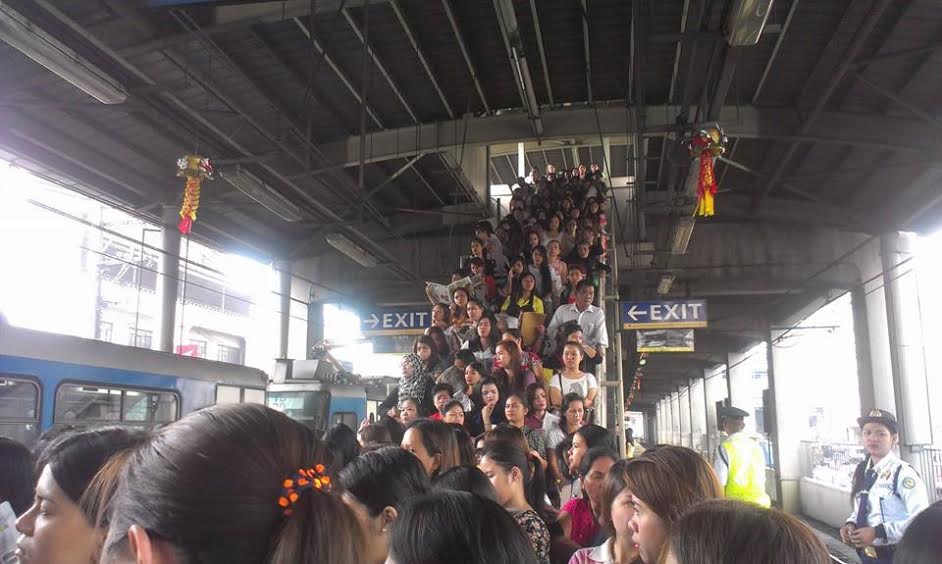 Based on our experience, it is clear that privatization has never benefited the riding public.

Fast and efficient trains would have been the people’s refuge from the stressful and worsening traffic in the metro. But as the government abandons its duty to provide affordable and accessible transportation, the public is left to suffer the consequences of privatization – high costs yet deteriorating services.

Trains are a public good. It serves as a backbone to a mass transport system and is linked to economic growth. The advantages of trains include: space savings – rails are more space efficient compared to a number of skyways; decreased traffic – trains promote mass transport than the use of private vehicles; safer mobility – a study shows that rail commuters riding properly maintained trains are 30 times less likely to get involved in a traffic fatality than car users; better air quality – MRTs and LRTs use electricity and do not emit harmful smoke; and productivity boost – commuting experience in properly maintained trains create a less stressful atmosphere for workers, which boosts work productivity. 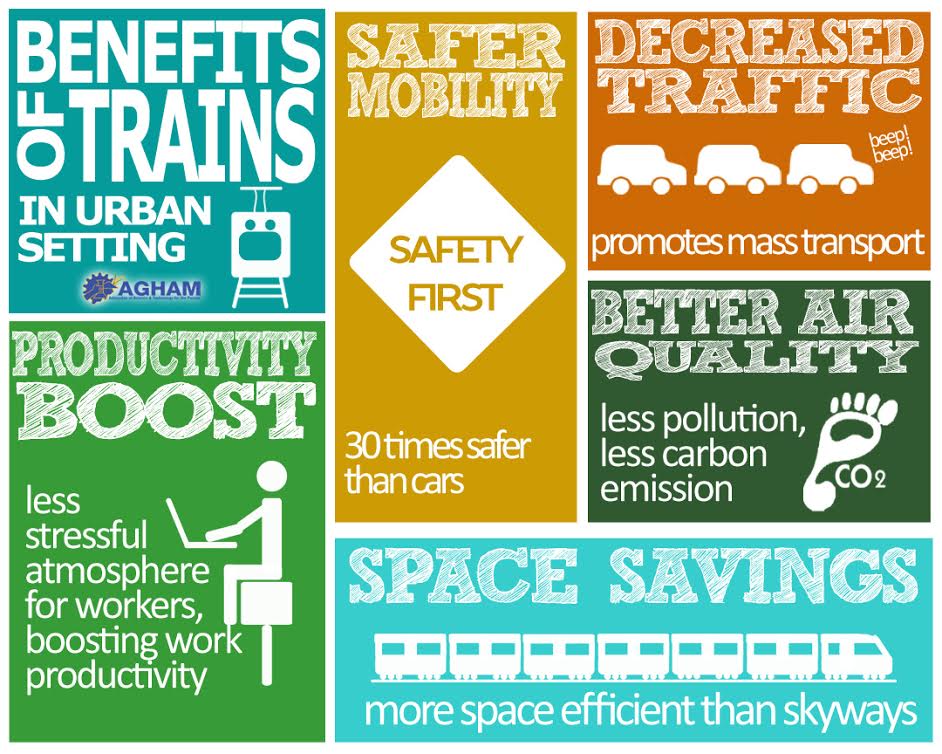 Public trains should be owned and regulated by the government. Nationalization of the country’s rail system is one of the solutions to our public transport woes. It creates a system oriented towards providing efficient, safe and affordable mass transport to the public while at the same time the state and the economy benefits from its operation. Granting the government full control to maintain, operate and expand the rail system under the principle of maximizing social and environmental gains over profit will allow for more meaningful decisions regarding station location, energy sources, expansions and fare pricing.

The government can also develop the transport industry and create upstream industries for the local manufacture of trains, rails and spare parts. This will create more jobs for our workers and engineers. A national transport industry will significantly reduce our dependence on foreign products and technologies such as cars, trucks and trains. This will sever our dependence on foreign corporations like China National Railway Dalian Locomotive and Rolling Stock to supply our trains for the MRT.

Locally, we are lucky to have brilliant inventors whose innovations are meant to solve traffic through promoting mass transport such as hybrid monorail (hyperlink) by Architect Jose Guardo Jr., which uses fast speed magnetic levitation.

We could learn from the experience of developed countries like Spain, which prioritized investment on rail with 70% of their transportation budget allocated for it. In the Philippines, a measly 7.33% of the P230.4B transportation budget for 2015 is allocated for rail transit. The lion’s share at a whopping 85% goes to constructing even more roads that are frequently undergoing repair.

Can the government afford the nationalization of our trains? Yes! Discretionary and lump-sum budgets may be used to finance this. The infamous presidential pork alone amounting to P1.3 trillion a year can build 834 kilometers of new LRT tracks or 19 new MRT lines.

The government should end its abusive affair with private profit-milking corporations such as LMRC and move on to a more efficient mass transport system that is affordable, safe and accessible for the riding public.

Cleng Julve is the campaign officer of AGHAM Advocates of Science and Technology for the People. She is also a regular train rider.

Lab Notes: critical views and incisive analysis on issues in the Philippines, charting ways in making science and technology serve the people.