Whether on the road, the net, or in the hinterlands, no one is spared by globalization.

Many also posted views on Apec’s long-term effects on Filipinos, as government continues to subscribe to its policies of globalization and opening up of the economy. 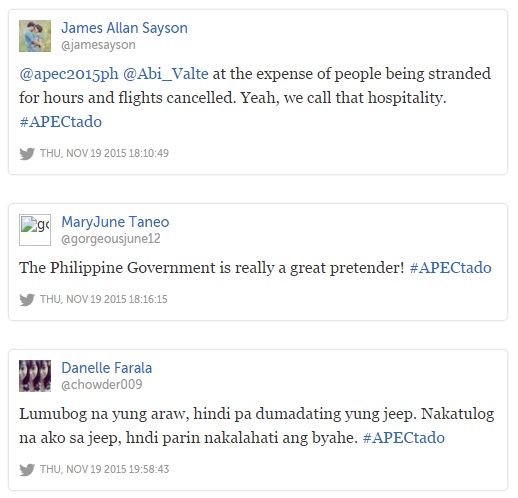 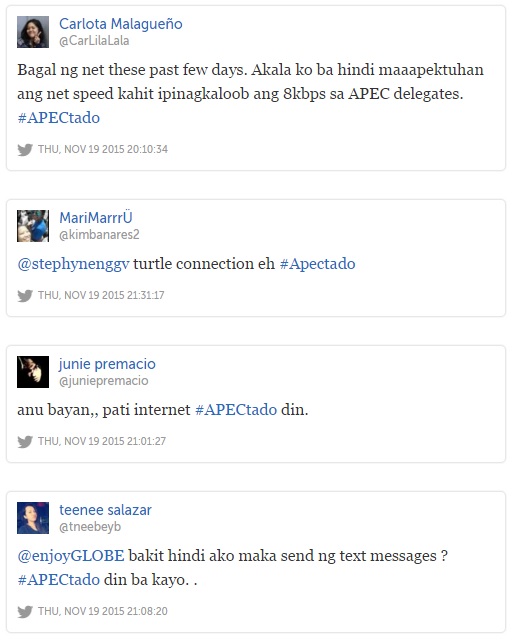 They also criticized the government’s hospitality towards the Head of the States and their delegations while some are hopeful that Filipino people will gain from the leaders’ meeting. 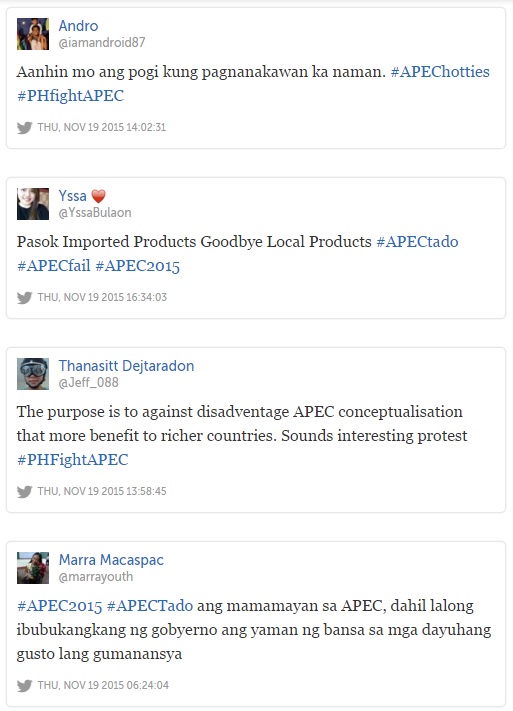