The indigenous children’s right to education continues to be violated, as government seems to be hindering the operations of alternative schools, instead of recognizing their efforts, said the Save Our Schools Network.

MANILA – School administrators of the besieged Lumad schools in Mindanao are back in Manila to appeal to government agencies to stop the continuing military attacks in their schools, which, they said, violates the right to education of children of indigenous peoples (IP).

Although classes have resumed in the schools of the Salugpungan Ta’ Tanu Igkanugon Community Learning Center (STTICLC) and the Mindanao Interfaith Services Foundation Inc. (Misfi) Academy, soldiers and paramilitary men continue to harass students and teachers, the Save Our Schools Network said in a press conference on Monday, July 6.

Soldiers have threatened families who enrolled their children in the Lumad schools that they will be disqualified from the Pantawid Pamilyang Pilipino Program. Worse, Garcia said, IP leaders have reported that soldiers told them to kill the teachers of the school.

Benjamin Valbuena, national chairperson of the Alliance of Concerned Teachers, a member of the SOS Network, lamented that soldiers involved violated civilian authority, provoking people to murder instead of being the protector of the people and the state.

Permit as tool of repression

For years, Lumad organizations have established more schools in interior communities in Mindanao.

Since the STTICLC began operations in 2003, it has built 32 IP schools in Davao del Norte, Davao Oriental, Davao City and Compostela Valley. Their schools serve pre-school to high school students.

The Misfi Academy has established 20 schools in four regions in Mindanao. However, only 19 are operating, as a school in Kapalong, Davao del Norte had closed due to intensified military attacks.

Percinita Sanchez, executive director of Misfi, said that since its operation in 2005, they have been compliant in accomplishing and renewing its permit to keep the schools open. But even the issuance of government permits was used to hinder the schools’ operation.

Sanchez said this school year, they were required to get free, prior and informed consent (FPIC) from the indigenous people’s communities, which the Indigenous People’s Rights Act require of companies before being allowed to start a project in the communities. The school was also required to get an endorsement from the provincial peace and order council and the National Commission on Indigenous Peoples (NCIP).

“It is the indigenous people’s organization who asked for the assistance of non-government organizations (NGO) so why should we ask and get their consent so we could operate? Clearly, the permit to operate is being used as a tool for repression against our schools,” said Sanchez.

Garcia said that ironically, that DepEd Order No. 21, or the Guidelines on the Recognition of Private Learning Institutions Serving Indigenous Peoples Learners, acknowledges the importance of NGO and community-led institutions in giving education. The Indigenous People Education office of the DepEd is even mandated to give technical assistance to such institutions.

Garcia said, renewing and acquiring their permits were not made easy and government agencies have in fact been using it to justify the closure of the STTICLC.

As of now, Garcia said, only 24 out of the 32 STTICLC schools were issued a permit to operate, but all 32 schools remain open.
Garcia said they had filed complaints before the United Nations, and the UN High Commissioner for Refugees has conducted its investigation last year. “We also filed a complaint before the Commission of Human Rights but no one from the commission has visited our place yet” he told Bulatlat.com. 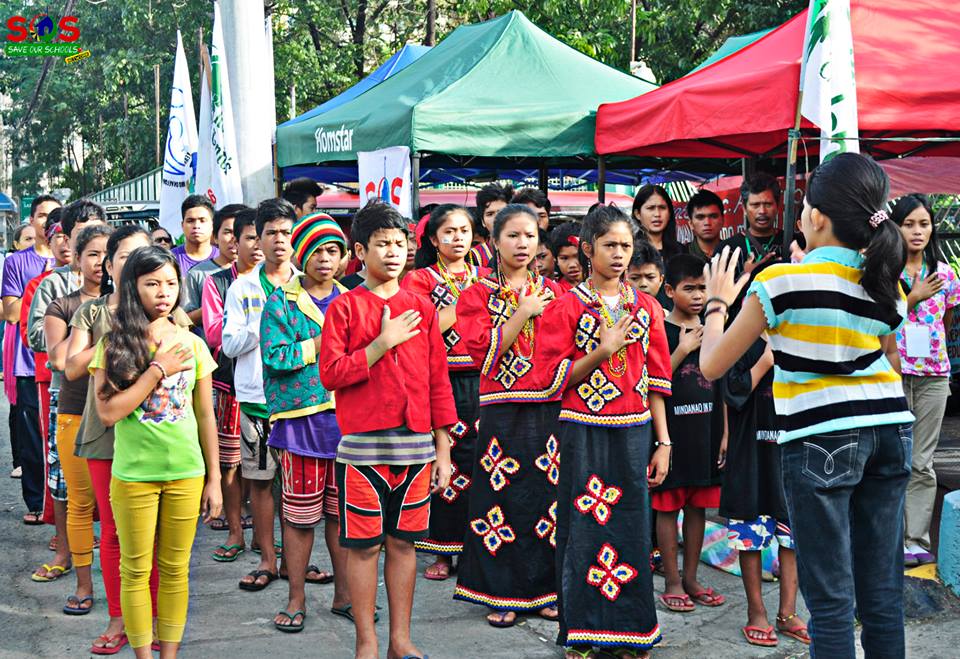 In the hinterlands of Sarangani, soldiers of the 73rd Infantry Battalion have been harassing the Center for Lumad Advocacy and Services (Clans), the NGO that initiated the alternative learning system (ALS) in the communities, said Maricel Salem, Clans program coordinator.

Recently, Salem said the military filed trumped-up charges against Clans executive director Mercedes Arleen Alonzo, after the B’laan community evacuated on May 17, due to intensified militarization. She was charged with child abuse and attempted murder, said Salem. Before this, Salem said, they had filed a case against the AFP. “And now they are retaliating by filing a case without basis,” she told Bulatlat.com.

Clans has been operating alternative schools in Sarangani since 2007. But as the school progressed, they were harassed by the military.

Clans’ alternative learning system is aligned with the DepEd program, said Salem. The program is offered to the out-of-school youth and children and have been a great help to the communities. Students who have completed the program can take the Accreditation and Equivalency Exam of the DepEd.

In spite of the threats by the military against the school, enrolment continue to increase.

Manano said that last year, the SOS Network, together with the students and teachers of the Lumad schools appealed to Education Secretary Bro. Armin Luistro, FSC, to address the presence and activities of soldiers in schools, and to repeal DepEd Memorandum 221 which allows these. Luistro, however, did not heed their demand.

“In fact, we noticed an alarming increase of attacks on schools especially in Mindanao,” said Manano. The cases documented by the Children’s Rehabilitation Center went up from 23 cases in 2013, to 64 cases in 2014. This year, 19 cases were documented from January to May.

“There are 60 combat battalions of the AFP that is currently in Mindanao. For what? They are not there for the people. They are being used as investment defense force, protector of businesses like mining and the continuing expansion of plantations like banana, palm oil and pineapple,” said Ogan during the conference.

He also slammed President Aquino’s counterinsurgency program, Oplan Bayanihan, as behind the attacks on the alternative schools in Mindanao.

The students and teachers, along with the IP communities, will not back down in their struggle for their right to education, he added.