‘My daughter was seen inside military detachment’ — Erlinda Cadapan 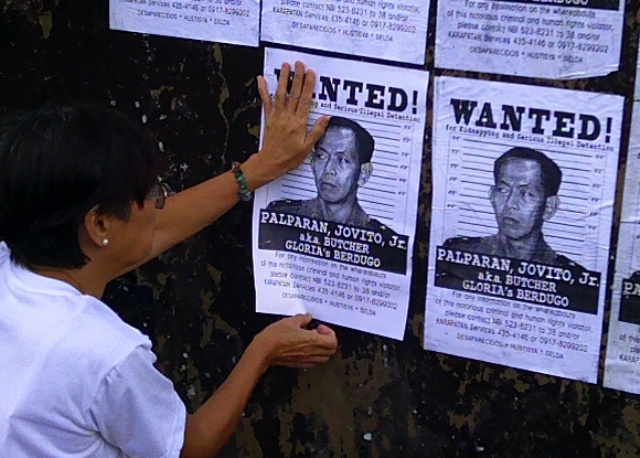 “The mere fact that such safe houses existed further proves that there are ‘unofficial’ military camps where people are held incommunicado and deprived of their rights. There are more like this, where our desaparecidos are probably being tortured.”

MALOLOS CITY – The mother of one of the missing students from the University of the Philippines told a local court in today’s hearing, May 18, that their search for her daughter led them to a military detachment in Limay, Bataan.

“We received information that Sherlyn was seen in the area,” Erlinda Cadapan, mother of Sherlyn, said.

Cadapan told Bulatlat.com the information came from a reliable source.

Though she did not find Sherlyn at that time, the information was eventually confirmed by brothers Reynaldo and Raymond Manalo brothers who said that not only did the camp exist but they were even detained there and were held incommunicado along with the missing UP students and farmer Manuel Merino.

Sherlyn and fellow UP student Karen Empeno were disappeared on June 26, 2006 in Hagonoy, Bulacan. Retired Maj. General Jovito Palparan and his men are facing two counts of kidnapping and serious illegal detention in relation to the abduction of the two.

Acting on the information provided them, Cadapan, along with human rights advocates, went to the 24th Infantry Battalion camp in Limay, Bataan sometime in February 2007. Major Segundo Metran Jr., then deputy commanding officer, informed them that they have two detachments in the area – a certain “alpha” and the other that had no name but was not far from the alpha camp.

Cadapan said she saw huts and mango trees inside the “other” military detachment. But their group did not go inside as it was already late in the evening.

In October 2008, she returned to the military detachment along with a fact finding team but found no traces of the military detachment she saw before. The team, composed of human rights advocates, Senate employees, and current Justice Secretary Leila de Lima, who was then head of the Commission of Human Rights, instead found blocks of cement and burnt human bones.

The military had previously denied that they maintained a detachment in the area.

During the cross-examination, Palparan’s lawyer Diosab Formizella asked Cadapan if there were markings in the “other” military camp that would prove it was linked to the Army’s 24th Infantry Battalion. Cadapan said there were none.

Lorena Santos, Desaparecidos secretary general, said the absence of any marking or writing that would link the military detachment to the 24th IB does not prove anything.

“The mere fact that such safe houses existed further proves that there are ‘unofficial’ military camps where people are held incommunicado and deprived of their rights. There are more like this, where our desaparecidos are probably being tortured,” she told Bulatlat.com.

Santos, who was among those who joined the fact-finding mission in 2007, said it was common knowledge for residents that the place they went to was a military detachment.

In the hearing today, Cadapan submitted photos of their 2007 visit to the 24th IB camp in Limay, Bataan and submitted these as evidence.

The defense, during the hearing for Palparan’s co-accused, had insinuated that she did not actually look for her daughter but merely relied on the eyewitness account of witness Raymond Manalo.

Asked why her daughter was abducted, she said this was also the same question on her mind. But such rights violation was done under former President Gloria Macapagal-Arroyo’s counterinsurgency plan Oplan Bantay Laya.

Journalists, after the interview, asked for Cadapan’s number just in case they have follow-up questions. She said, “in case you hear any information of Sherlyn’s whereabouts, please inform me. I am still looking for my daughter.”