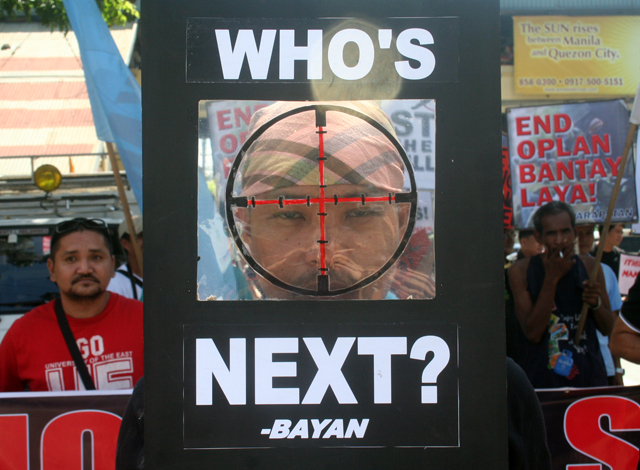 Luis Carbajosa, 44, peasant leader of Mabini was in the Order of Battle of the military.

MANILA – A farmer leader was killed on April 28 in Compostela Valley.

He is the 41st victim of extrajudicial killing in the Southern Mindanao region under President Aquino.

“We can only blame the Aquino regime and the military for Carbajosa’s death. Aquino’s Oplan Bayanihan (OpBay) has victimized hundreds of activists and leaders of mass organizations critical to the administration,” said Antonio Flores, Kilusang Magbubukid ng Pilipinas secretary general.

Flores said that most of the 130 activists killed under Aquino are either farmers or land reform advocates. These human rights violations are a result of military deployment in areas where there are land disputes, he added.

Hanimay Suazo, spokesperson of Karapatan – Southern Mindanao, told Bulatlat.com that Carbajosa was in the Order of Battle of the 71st Infantry Battalion of the Philippine Army.
The slain peasant leader, she added, organized farmers in their communities, mostly beneficiaries of the government land reform program. He also consistently joined protests against landgrabbing of big banana plantation companies.