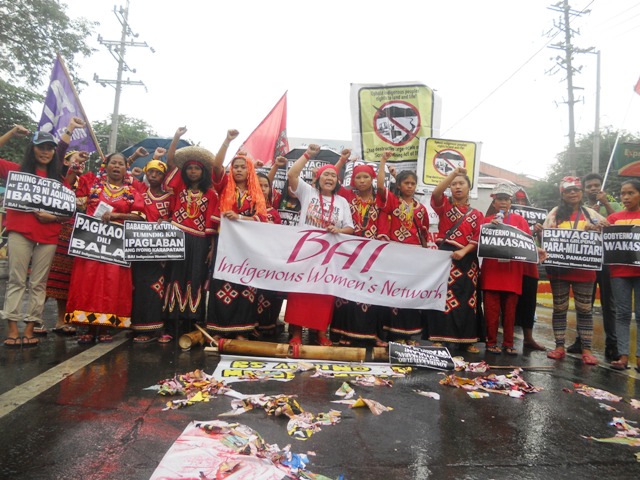 Three indigenous women who joined the Manilakbayan ng Mindanao 2014 are among the many who demand peace in their ancestral lands beleaguered by militarization and development aggression.

“No one would fight for our rights but us,” said Eufemia Cullamat, 54, a Manobo and one of the 300 Lakbayanis from Mindanao who traveled to Manila calling out for justice. (Read more)

For the second time, Bae Bebeth, Enriquez, 33, a Mamanwa and a mother of five from Agusan del Norte, is back in Manila. (Read more)

Cristina Lantao, 20, is a mother to a four-year-old girl and a Matigsalug leader of the Nagkahiusang Lumad sa ComVal (Nagbukasa). Although younger than other indigenous leaders, her experiences are not very far from theirs. (Read more) 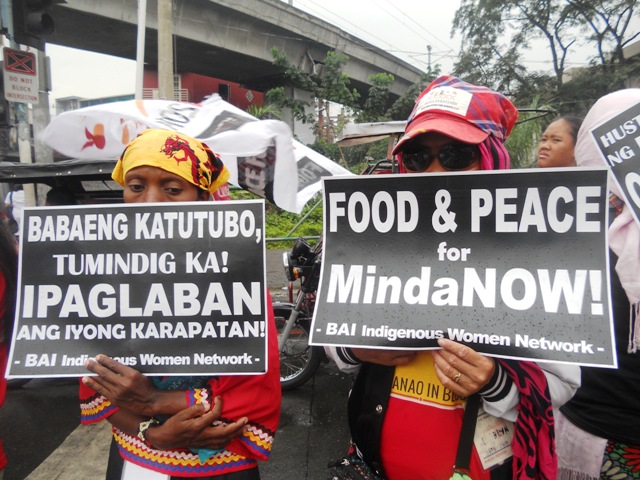