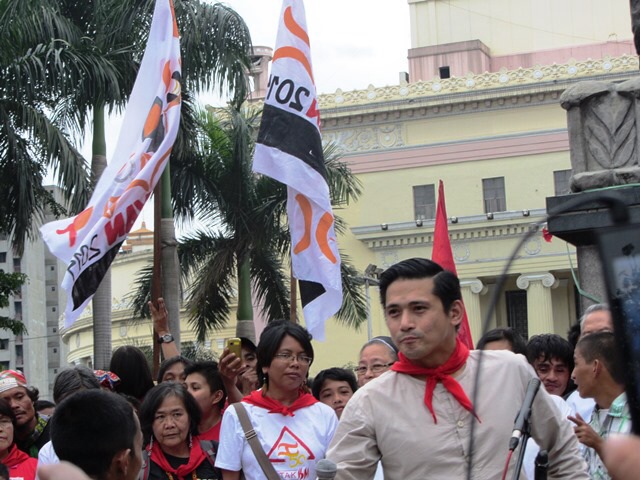 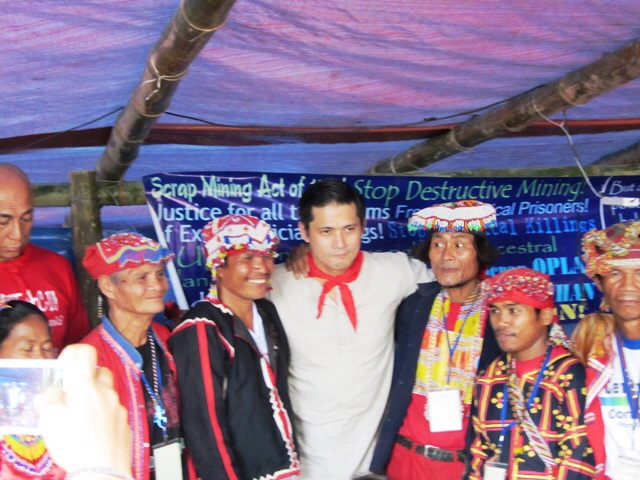 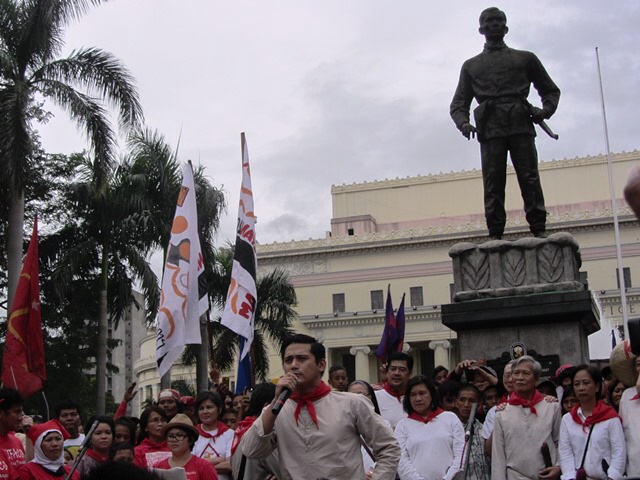 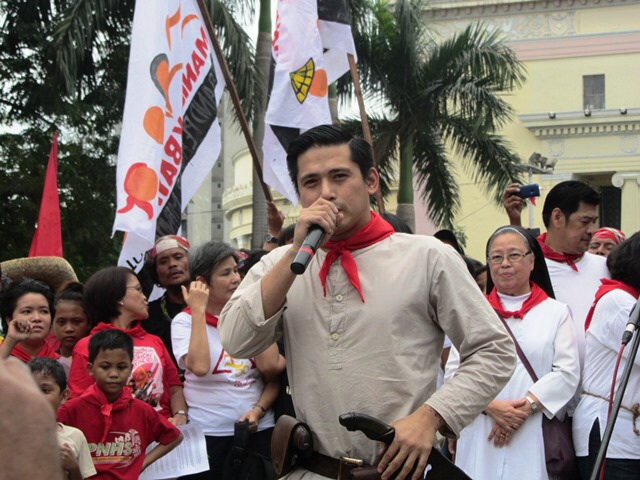 Before the main program started where he read the 14 code of conduct of the Katipunero written by Emilio Jacinto, he dropped by at the campout of the 300-plus Manilakbayan ng Mindanao.

Padilla expressed support to the campaign of Manilakbayan and vowed that he will join the struggle of the indigenous peoples of Mindanao since he had been struggling for the welfare of indigenous peoples anyway. Padilla told the lumad leaders he would also approach his fellow celebrities supportive of cultural minorities, for example Dingdong Dantes, Piolo Pascual, Venus Raj.

Datu Jomorito Guaynon, spokesman of Manilakbayan ng Mindanao, told Bulatlat.com that what Robin Padilla promised is significant to them. As Padilla quipped, many people may play deaf and blind to the indigenous peoples’ struggle and calls, but if actors and actresses also speak out, these people may unite and throw support. Padilla said he can lend support that way.

Padilla addressed the protesters at Liwasang Bonifacio as “fellow revolutionaries.”

Text and photos by MARYA SALAMAT