Ama Nelson is gone but his wisdom will shine and live in us forever.

The dad, uncle, grand dad, great grand dad, brother, teacher-maestro, mentor-counselor, elder, community organizer and friend is now united with the great Creator, his ancestors and those who went ahead. Ama Nelson Yocogan always said in his bayao (traditional eulogy or chant to the dead): “You will become a saint, an angel and a guardian for the living”.

You will become a seed that will grow into a new life”.

On 18 November 2014, exactly his 77th birthday, Ama Nelson returned to his Creator. In the morning of 17 November, he sustained a fatal head injury while negotiating a descending sharp curve aboard his bike down to Aguid from their home village in Bangaan, Sagada. He is now a saint, an angel and a seed that will grow into a new life. And he will continue to be a guardian of life and the living. 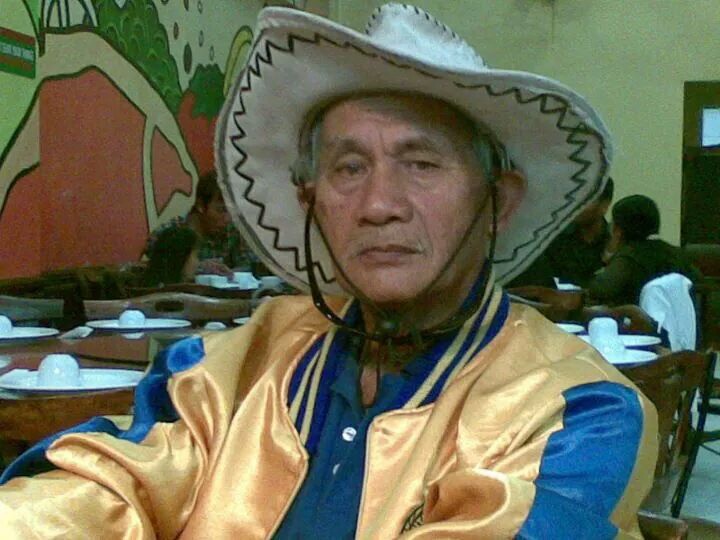 As a young maestro

He began his teaching profession in the 1960s. The young Nelson crossed mountains and rivers in far-flung eastern (lagod) villages of Mountain Province–from Dalican to villages of Sadanga to Bayyo, Bontoc. He gave five to six days for his teaching work, one to two days for his young family who were in Bangaan, Sagada. It was always a happy weekend with him at home.

At that time, tribal wars were strong and rampant. The elders of the tribes embraced him and gave him protection as their own son. It was that exposure that made him understand the dynamics of each tribe he lived with. He was the maestro, but Dad always acknowledged the elders, both men and women as his teachers-mentors in understanding tribal complexities and the values for unity, respect for life and justice.

Whenever he was transferred to a new school, the elders followed him, they even negotiated to Dad’s supervisor to lengthen the maestro’s stint in their village.

Towards the end of the 1960s, he and our mama, Angela Kinaud, were assigned to Aguid Elementary School of the Sagada District. Dad helped support the studies of our mama so both will be able to raise the big family of seven children.

He was grade VI teacher for most of his teaching years in Aguid. His former pupils and even parents know and remember him as a disciplinarian. His pupils always came back with gladness to express their thanks for the learnings and discipline learned from their “sir” or “maestro”.

Our mama is a farmer before and after classroom hours. So it was always Dad who was the domestic manager. Weekends were always spent to farm work, which is the way of life in the village. This was the training we got as children in a rural village.

The father-teacher made the mountains and rivers an additional classroom for his children and his pupils.

He made a good balance of dispensing his duties as a parent and as a teacher.

Amazingly, he always had time for community affairs. The father-teacher was ever present in dapay (indigenous sociopolitical structure) meetings. Community concerns were deliberated in the dapay and decisions made here. He was part of community organizations whether set up by government like the Samahang Nayon or self-determining organizations.

His active social involvement made him a favorite suspect of being a revolutionary element. However for the maestro, he would not waste his time in that debate. What mattered most for him is that he lives out the value of “inayan” and “lawa”, strong indigenous values of the iAgawa and iPidlisan tribes as well as other tribes of forbidding greed, harm and abuse and fostering harmony, unity and reciprocity.

One of his indelible stories was when Major Jovito Palparan, then commanding officer of the 24th IB of the 701st Brigade in 1991 came in fullbattle gear right in our house yard while Dad was rushing food for the pigs. Palparan, known military butcher was pressing Dad to surrender his revolutionary involvement being a public servant. Dad did not budge, his simple response was, “I am clear about my involvement. As a public servant, all the more I am pushed to do what is right. If the community says I am wrong, then I take that alarm but I do not take alarm from your wrong suspicions”.

His professional arena was the classroom or the school, his priority was his family, a family that is often wider than his nuclear family. His other favorite arena was the dapay, being with elders. Hence, whenever he was asked to say a prayer, be it Christian or traditional, he always referred to the good values and practices carried out by the dapay or the elders.

He had a strong sense of ensuring that women or sisters are part of any story or engagement. As he always said, “a prayer is not complete if only the father is mentioned, the mother should equally be mentioned”.

He became ever youthful when he retired. He became part of several organizations–retirees, senior citizens, cooperatives, elders, church, community and tribal formations and many more. He was always present in occasions to resolve conflicts between tribes, communities and conflicts involving mining and energy corporations and operations of state security forces. Hence his other honor was being a champion of indigenous peoples and human rights.

With all his involvement, he never failed in his priority of building the family. His dates with his “apos” were ever more frequent. He sponsored the birthdays of his grandchildren.

During his wake, people from all walks of life, from various groups and organizations of, which he became part of, came to pay their last respects. He was friends to many. He was revered as a teachermaestro, brother, uncle, cousin, colleague, kailian, neighbor, leader, elder, friend, mentor, counselor, organizer.

Ama Nelson is fond of surprises. The biggest surprise was his sudden death. We only know of his gout, which, he said goes with age and being an elder. His heart is healthy. Biking was his way to keep him healthy. Unfortunately, he was not in command of his bike that moment. The turn of events was so fast and unexpected.

The pain of losing him is heavier than the range from Mt. Ayayagan to Langsayan, but we let him go to another level of dapay.

Ama Nelson is gone but his wisdom will shine and live in us forever.