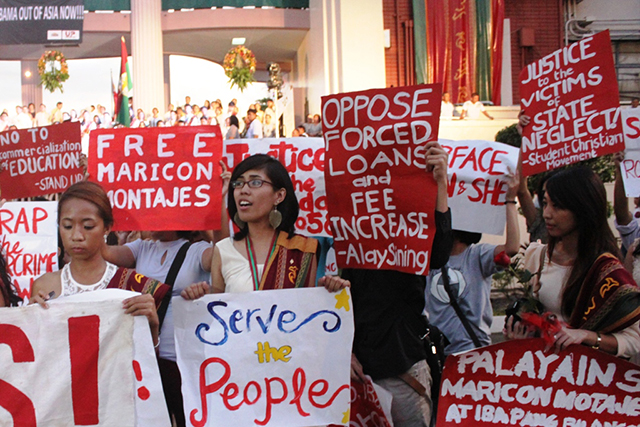 Probably the last batch of Iskolar ng Bayan graduating in the season of sunflowers, several graduates, activists and faculty members of the University of the Philippines Diliman held the traditional rally at the end of the commencement rites, April 27. They highlighted the various issues faced by the nation with their placards: UP tuition rollback, defense of human rights (freedom for detained Maricon Montajes, and surfacing of disappeared students Karen and Sherlyn), wage hike, and the rejection of US military re-occupation of the country, among many others. They also chanted “Walang pagbabago sa ilalim ni Aquino. (No improvement under Aquino.)” 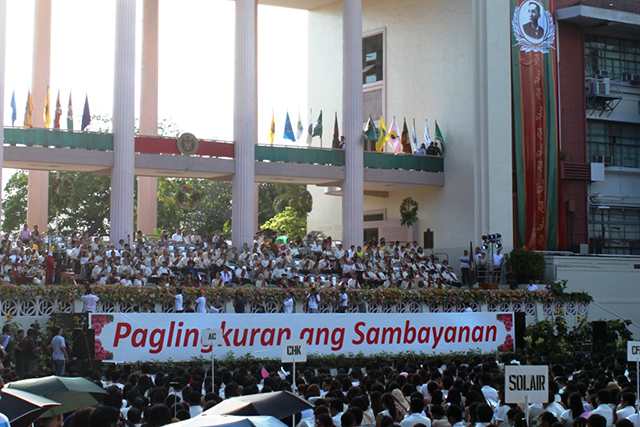 The graduates also protested the UP academic calendar shift and the renaming of the College of Business Administration into the Virata School of Business, named after the finance and prime minister of the Marcos dictatorship. As the group’s spokesperson was delivering their message to the graduates, the microphone was unplugged just like the year before (link to unread message http://isabellesarah.tumblr.com/post/84017113108/pinakamataas-na-pagpupugay-sa-class-of-2014). Chants of “Iskolar ng Bayan, Ngayon ay Lumalaban” cued the program emcee to signal the singing of the UP Hymn as finale. 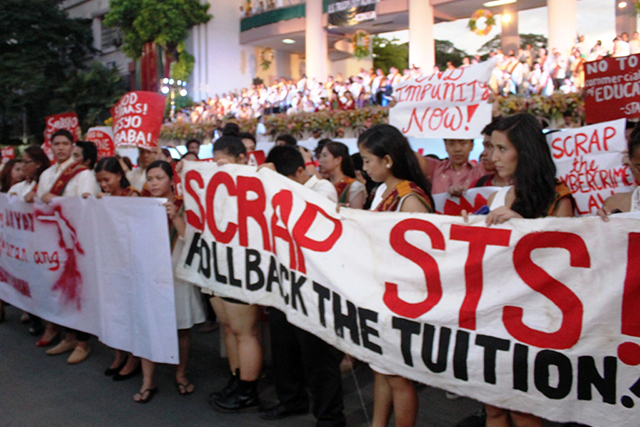 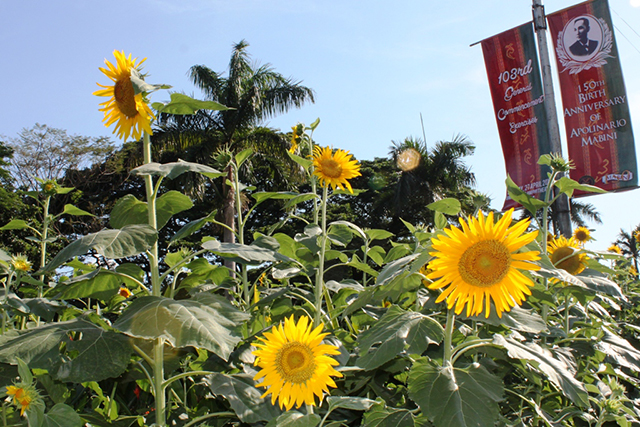 At the UP Oblation Plaza, jubilant graduates and their loved ones waited for their turn to have their photos taken in front of the UP Oblation statue. They also took selfies and souvenir photos with the big, bright yellow sunflowers brightening up the lanes of University Avenue and nearby buildings.