MANILA – A week after the House of Representatives went on recess after having passed a resolution seeking to amend the 1987 Constitution, workers led by national labor center Kilusang Mayo Uno marched in protest to Mendiola Bridge on March 19. 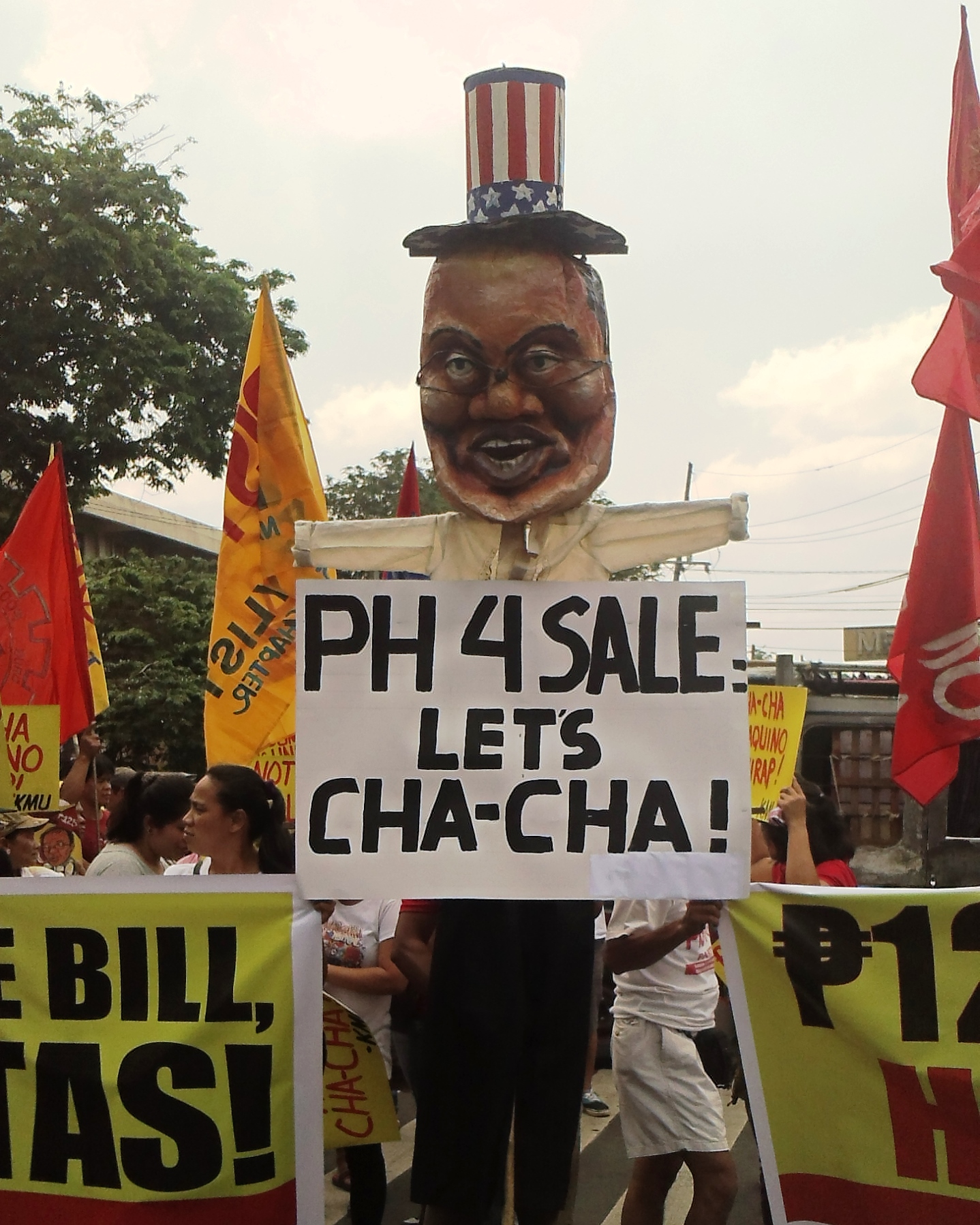 Because Pres. Noynoy Aquino has said he will not stop Congress from pursuing Charter change (Cha-cha), and it was his leading allies in the Liberal Party who are backing the resolutions to amend the Constitution, it is really Aquino who is the driver of the Cha-cha train, the KMU said in a statement.

Last March 3, the House committee on constitutional amendments reported out for plenary action Resolution of Both Houses (RBH) No. 1 filed by Speaker Sonny Belmonte, who has announced that the resolution will be taken up immediately when Congress resumes on May 5.

In the Senate, Sen. Ralph Recto has sponsored a counterpart resolution to the one filed by Belmonte at the Lower House, and Belmonte has projected that the resolution will be passed by June.

RBH No. 1 seeks to remove provisions of the 1987 Constitution banning 100 per cent foreign ownership of lands, as well as businesses in major industries including mining, mass media and advertising. 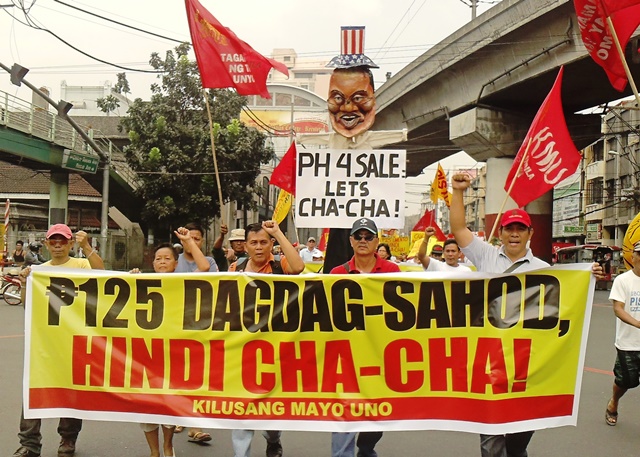 “In seeking Cha-cha while refusing to implement a significant wage hike, Aquino is trying to further enrich big foreign capitalists and he is allowing Filipino workers to become even poorer. It is clear who his real bosses are,” said Roger Soluta, KMU secretary-general.