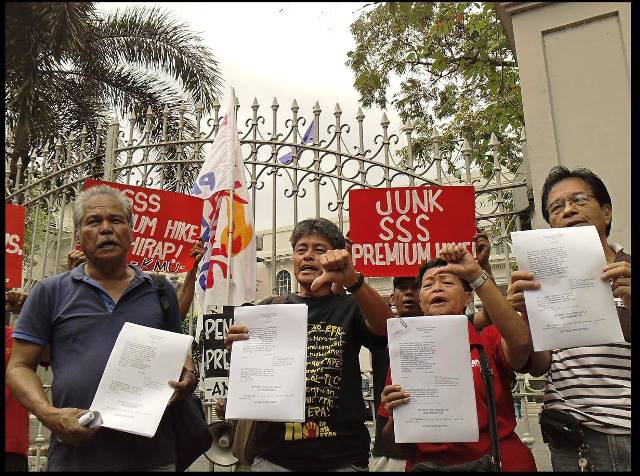 “Workers are determined to stop the implementation of SSS premium hike. It is an unjust burden imposed by the Aquino government. It will further dig into our pockets just to fill the pockets of big capitalists and corrupt bureaucrats,” said Roger Soluta, KMU secretary-general.

Starting January this year, monthly SSS contributions will rise to 11 percent from 10.4 percent. This means minimum wage earners would have to pay at least P25 ($0.56) more on premium contributions per month.

KMU said the hike is unnecessary at improving SSS benefits or extending the life of its funds. They suspect that, based on trends, it may simply line the pockets of big capitalists as start-up capital for projects under the Aquino government’s Public-Private Partnership program. 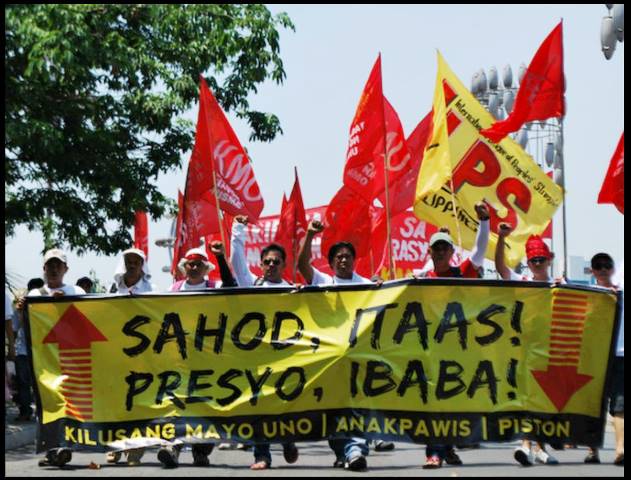 The SSS executives have announced early into Aquino’s term that they intend to use or “invest” SSS funds into PPP projects.

“The SSS definitely does not need to increase premium contributions just to continue to exist. The truth is it already has more than enough funds from members who dutifully pay their contributions. Its board members have even pocketed millions of workers’ hard-earned money as fat bonuses,” Soluta said. He was referring to last year’s P10-million bonuses given by SSS executives to themselves.

“It is disgusting that this anti-worker and anti-people government dares to give flimsy excuses to justify such blatant extortion. Aquino is lying when he said the hike will result in greater benefits for members,” Soluta said.

The labor center also said the filing of a TRO in the High Court is just one manifestation of workers’ protests against the SSS premium hike and board bonus. They vowed bigger and bolder protests if the government insists in implementing the hike.

“We are hoping the high court would heed the demand of workers and the people to stop the SSS premium hike. It would be better if the SC issues a permanent injunction,” Soluta said.