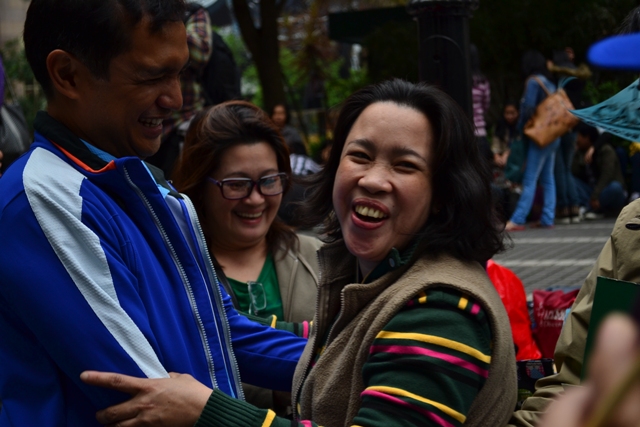 MANILA – Makabayan senatorial bet Teddy Casiño today, April 7, questioned the Aquino government why it is still letting recruitment agencies to monopolize the hiring of overseas Filipino workers in Hong Kong. Casiño is in Hong Kong today with Filipino household service compatriots. With migrant workers he did his signature run from the Subway entrance to Chater Road West.

Casiño said it is time to consider lifting the ban on direct hiring as proposed by migrant groups.

Recently, Philippine recruitment agencies for Hong Kong implemented a moratorium on hiring of household service workers. According to groups such as Migrante Party-list, the moratorium is one of the results of an ongoing “profit war” between Philippine and Hong Kong recruiters. They are wrangling over who gets a higher cut in the hiring fees paid by migrant workers. These fees, meanwhile, allegedly sprung from the Philippine government’s shirking its responsibility to migrant workers, in the guise of protecting them. 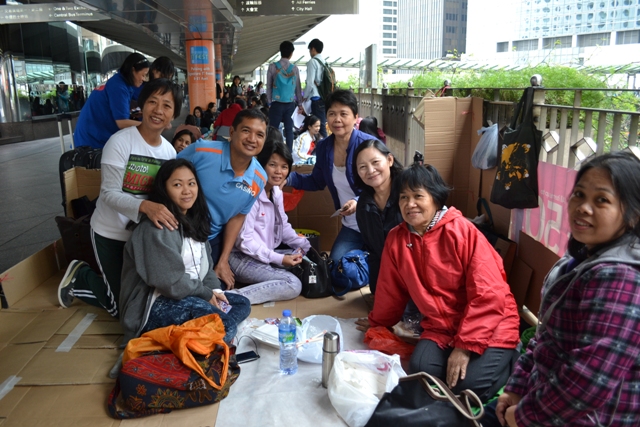 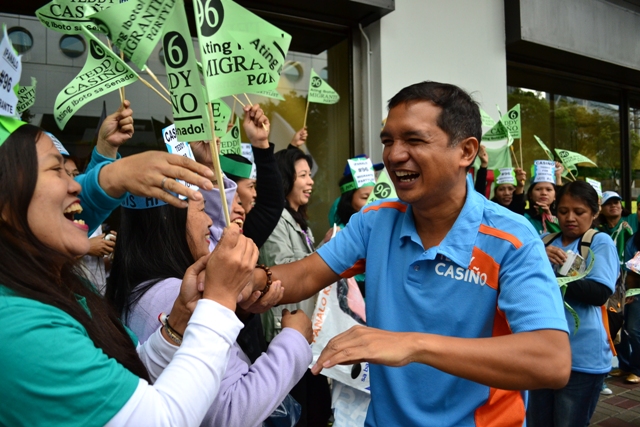 “In 2009, the Philippine Overseas Employment Administration (POEA) imposed a ban on direct hiring of Filipino workers, supposedly to protect their rights and welfare. But this only resulted in further exploitation of our kababayans. Filipino migrant workers are being made to pay placement fees and other illegal fees that cost higher than their monthly salaries,” the three-term Congressman Casiño said.

“If the Philippine government had been doing its job of monitoring and ensuring compliance of recruitment agencies and employers, our migrants would have been safe and protected against any form of exploitation and abuse,” Casiño said. Instead, what is happening is that the Philippine government is only passing on to recruitment agencies the responsibility of regulating the job condition of migrant workers, the senatorial bet explained in Filipino. Unfortunately, he said, the government’s regulation of these recruitment agencies itself leaves much to be desired –these recruiters have been abusing our fellow Filipinos who just want to find jobs in Hong Kong.

“Presidents of yesterday and today have proclaimed OFWs as modern-day heroes in that they uplift not only their families’ lives, but also momentarily boost the country’s economy. But their real situation is saddening. They sacrifice so much but they are being neglected by the government,” Casiño said. 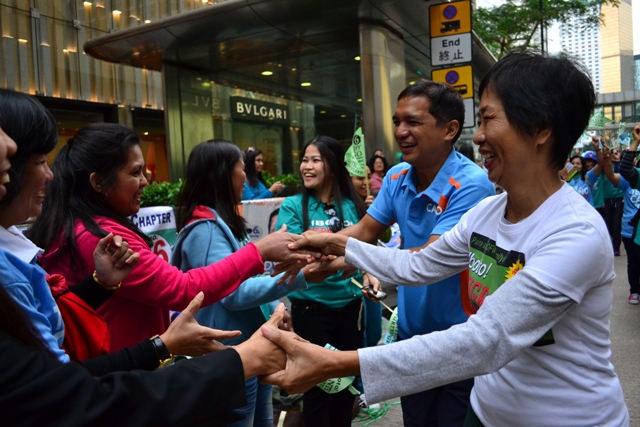 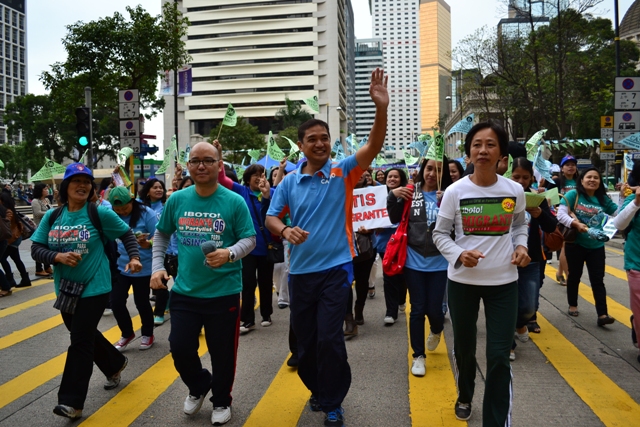 While pushing for reforms in the way the government regulates and monitors the recruitment of OFWs that can help Filipinos in the short-term, Casiño said, in the long run, what the Filipinos need, which he includes in his platform, are agrarian reform, national industrialization and lower prices. These, he said, will address the root of the problem: lack of regular and adequate-paying jobs in the country.

“The government should have long abandoned the labor export program and instead invested in national industries and agriculture. These will create wealth and livelihood for the country.

Hong Kong has topped the post for overseas absentee voting. It is home to more than 150,000 Filipino migrants.