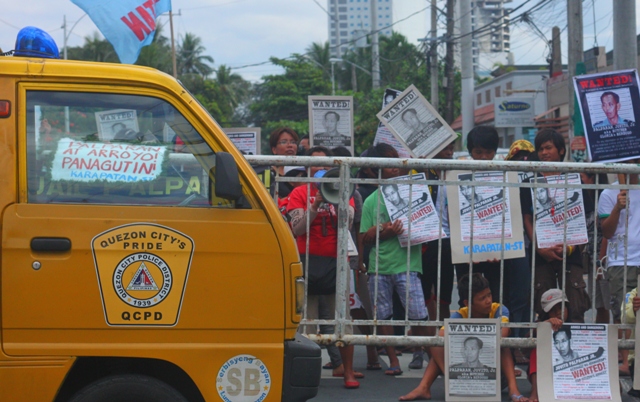 As the warrant of arrest against retired Gen. Jovito Palparan Jr. turned one year today, members of human rights group Karapatan and its chapter in Southern Tagalog held a protest action near the ancestral home of President Benigno Aquino III at Times street, Quezon City. 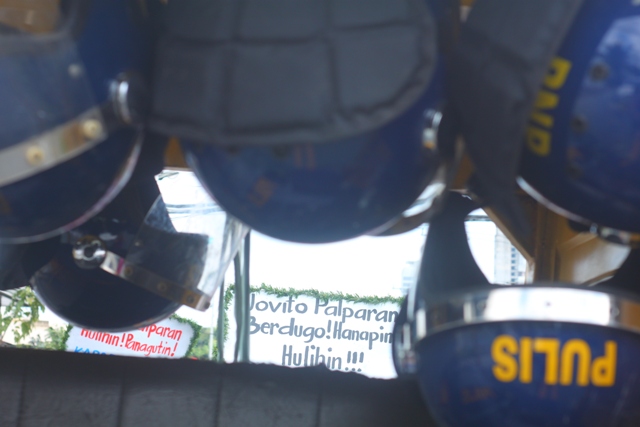 The Bulacan Regional Trial Court Branch 14 issued a warrant of arrest for Palparan and three other suspects exactly one year ago for charges of kidnapping and illegal detention of Karen and Sherlyn and Karen. The two UP students, along with farmer Manuel Merino, have been missing since June 2006.

Karapatan decried that despite the P2-million bounty for the arrest of Palparan, the retired general dubbed as “The Butcher” and “icon of impunity” remains still at large. 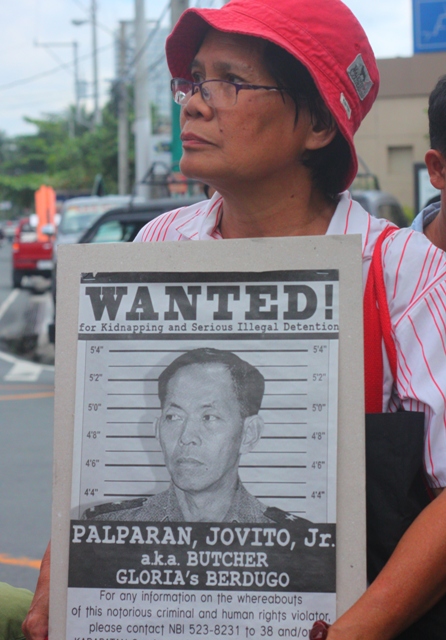 “We are no longer interested in what the President would say to diminish the anger of the families of the two missing students… We’ve had enough. We only want Palparan in jail, no less. It’s been a year, and it is unacceptable that he is still roaming around, free and unpunished for all the crimes he committed against the people,” Cristina Palabay, Karapatan secretary general, said.

“The families of Cadapan and Empeño have suffered enough and, on their own relentless efforts managed to secure warrants for the arrests of Palparan. It is time for the government to do its part,” Palabay said. 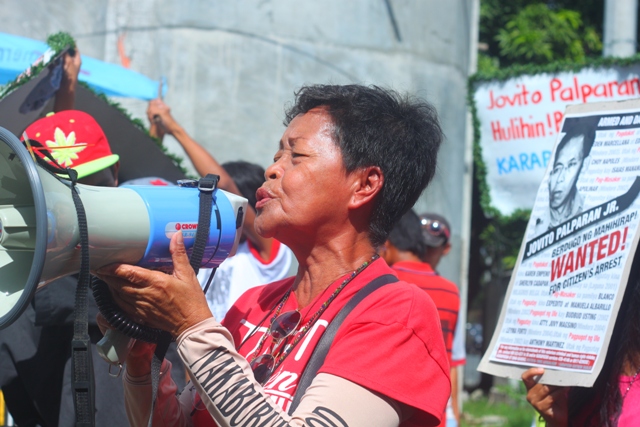 Other relatives of victims of extrajudicial killings allegedly perpetrated by Palparan’s men also joined the protest.

Glendhyl Malabanan, secretary general of Karapatan-Southern Tagalog and daughter of slain Bayan Muna member Romy Malabanan, also called for the immediate arrest of Palparan. Romy was killed two days before Christmas of 2004 inside their home in Laguna. 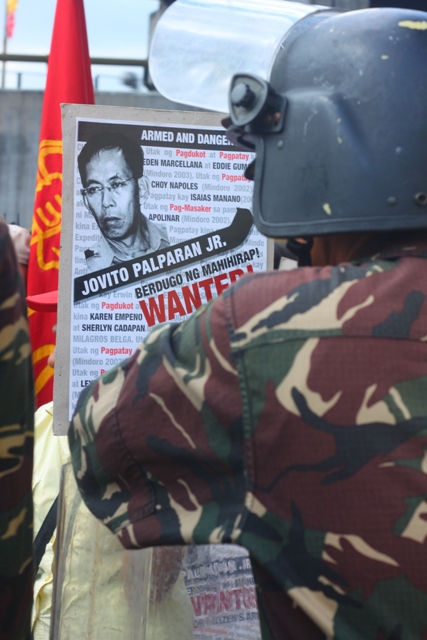 Palparan was implicated in scores of cases of extrajudicial killings in Southern Tagalog. When Palparan assumed command of the Philippine Army’s 204th Infantry Battalion in Mindoro, there were 27 victims of extrajudicial killings. Among the most prominent cases in the Mindoro killings were those of Eden Marcellana and Eddie Gumanoy; Expedito and Manuela Albarillo; and Edilberto Napoles.

“We wanted to end this year with a protest right in front of Aquino’s house,” Malabanan said. “We wanted to underscore that this year was no different from the previous years where human rights violations committed by the military remain unabated.” 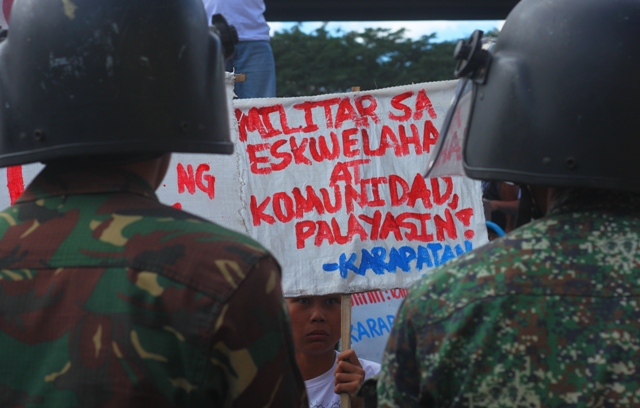 Palabay said that Aquino, like his predecessor, Gloria Macapagal Arroyo, “is not doing anything to end impunity.”

“Had Palparan not retired, Aquino would most likely promote him, too. Aquino has outdone GMA with his deceptive Oplan Bayanihan. This counter-insurgency operational plan conceals its rapacity and savagery by pretending to be “people-centered” and peddling “peace and development���all trimmings to a poison cake.” Palabay said.