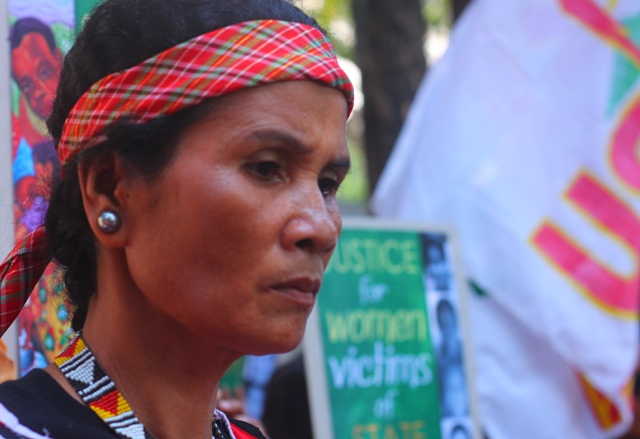 According to Karapatan, there have been 15 women and girls killed under the Aquino administration. More than 100 have been victims of extrajudicial killings since Aquino assumed power, Karapatan’s documentation showed. Today is the International Women Human Rights Defenders Day.

Cristina Palabay, spokeswoman of Tanggol Bayi (Defend Women) and secretary general of Karapatan, expressed skepticism over the creation of a “super body” tasked to investigate the killings and other rights violations. 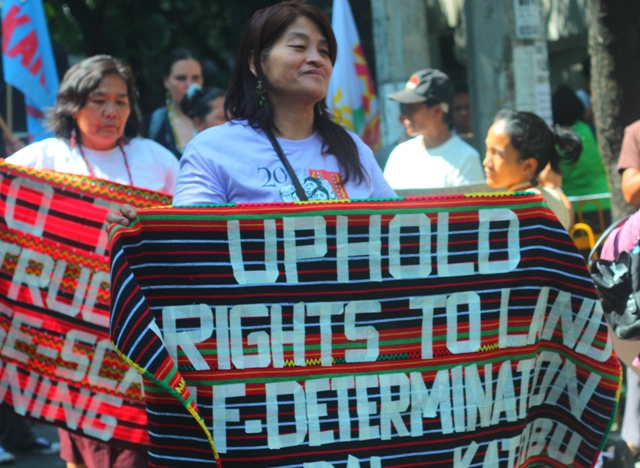 Aquino released Administrative Order no. 35 creating a nine-member “Inter-agency committee on Extra-Legal Killings, Enforced Disappearances, Torture and Other Grave Violations of the Right to Life, Liberty and Security of Persons.”

Led by de Lima, members include the chairman of the Presidential Human Rights Committee, the secretaries of the interior and local government and national defense, the presidential adviser on the peace process, the presidential adviser for political affairs, the chief of staff of the Armed Forces of the Philippines, the director general of the Philippine National Police and the director of the National Bureau of Investigation. The chairman of the Commission on Human Rights and the Ombudsman will act as observers. 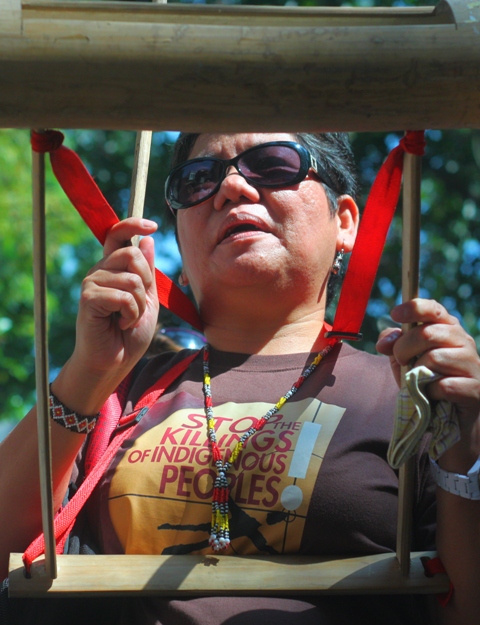 Palabay said women human rights defenders are violated twice with Aquino’s super body. “The military and other state security forces have killed and threatened them. And now we are made to believe that the military will investigate their own misdeeds and come out with credible judgment?” 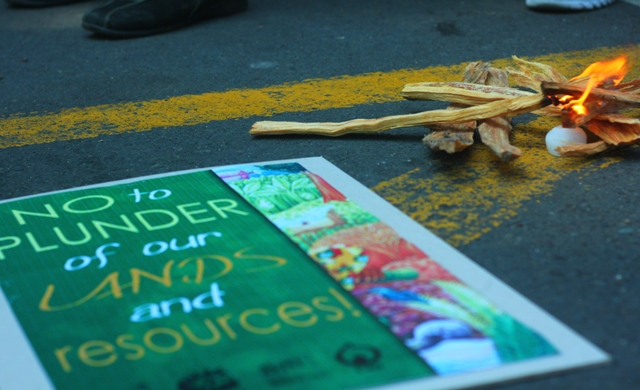 She cited the killing of Juvy Capion, Marilou Valle, Marlina Sumera, Benjaline Hernandez and Eden Marcellana and the enforced disappearance of Sherlyn Cadapan and Karen Empeño.

Palabay said Aquino “could easily make use of his mandated agencies and the courts to solve the killings.”

“The creation of the ‘super body’ only benefits the government’s PR scheme and will not truly serve justice for the victims and their kin,” Palabay said. 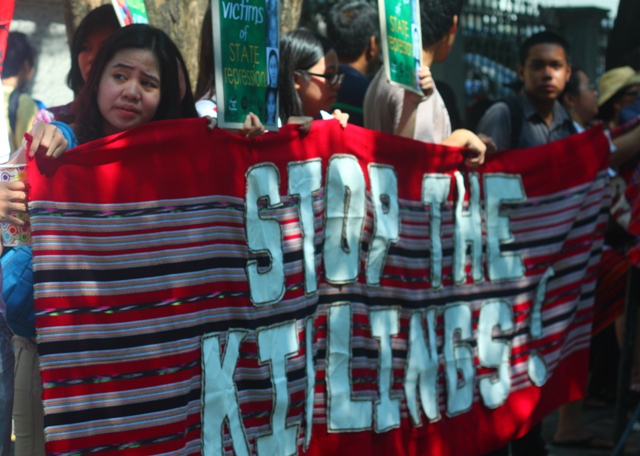 Members of the Ecumenical Women’s Forum, BAI National Alliance of Indigenous Women, International Women’s Alliance and Gabriela were among those who joined the protest action.