HINOBA-AN, Negros Occidental – Rahmat Ajiguna has often been mistaken for a Filipino and this Indonesian would just smile whenever someone approaches him and speak in the local language.

Rahmat, deputy secretary general of the Asian Peasant Coalition (APC), is one of the seven foreigners who joined the International Fact-Finding and Environmental Mission (IFFEM) in Southern and Northern Negros held November 6 to 15. Organized by the APC and the Kilusang Magbubukid ng Pilipinas and its local chapter in Negros, the IFFEM aimed to document the impact of mining activities on the lives of farmers and fisherfolk.

Rahmat and his interpreter, Ario Adityo, joined the 65-member team who visited Talacagay village of this town and the neighboring Nabulao village in Sipalay. Mohammad Mooza Azmin, an Indian human rights activist, and Martin Stock from Belgium were also with the south team.

After witnessing the damages caused by Philex Mining Corporation’s mining activities in the villages here, Rahmat spoke in front of the residents at a public forum in Talacagay: “Mining operations have destroyed your farmlands.” 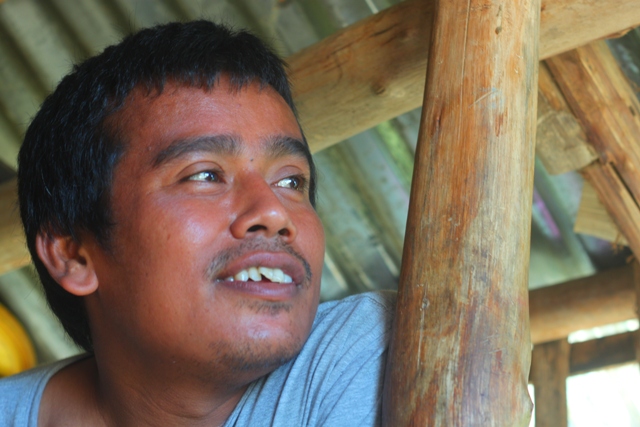 The IFFEM’s south team conducted interviews and inspected the sites of Philex’s drilling operations and earth work activities. The group started from Bungyod subvillage. The next day, participants trekked the mountain for nearly five hours to reach Nagtalay subvillage. In the following days, the team went to several subvillages of Talacagay and then to subvillages of Vista Allegre and Buyog in Nabulao village, Sipalay.

“Chemicals have poisoned your river,” Rahmat said in Bahasa. His talk was translated to English by Adityo. “This is the same river where you get water for bathing, drinking and domestic use.” He said he saw children in Hinoba-an with skin rashes.

Then Rahmat, secretary general of Indonesian peasant organization Agra, talked about the Indonesian people’s own experience with Newmont, an American gold mining company operating in Indonesia for more than 20 years. Rahmat said the company grabbed their land and poisoned the Bayat Bay, causing skin diseases among the residents.

Adityo said the company only contributes 0.01 percent of their profit as taxes to the Indonesian government and there has been no significant development on the lives of indigenous peoples in Papua where the mining operations are. 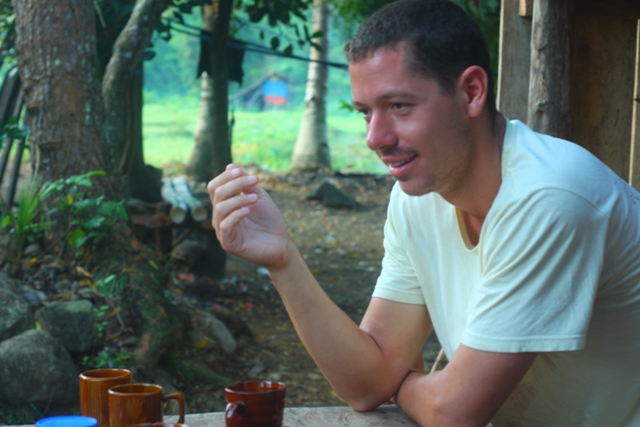 Belgian Martin Stock is one of the members of the documentation team during the fact-finding mission in Hinoba-an, Negros Occidental.(Photo by Ronalyn V. Olea / bulatlat.com)

“We have to differentiate business from development,” Rahmat said. “And what these mining companies are doing is robbery in the guise of development. They grab our natural resources for their own profit.”

Speaking at the public forum in Talacagay, Hinoba-aan, Azmi admitted it was his first time to join such kind of mission. “I consider this experience as the best times of my life,” he told the local residents. “But I am worried. When a child cries, a mother knows the child is not okay. If you would not cry, if you would not shout against the Philex, there would be no mountains left.” 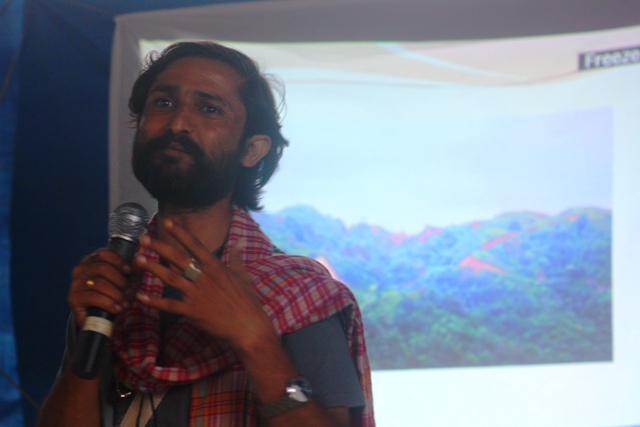 Mohammad Moosa Azmi from India calls on the people of Hinoba-an to defend their land and environment from Philex’s mining operations.(Photo by Ronalyn V. Olea / bulatlat.com)

“I would like to come back here but you have to promise me that the mountains would still be there,” Azmi told the residents who cheered in response.

“Gold is only for the rich. Farming is the best profession because you feed the people,” he said.

“Make some noise in order to live,” Stock told the residents.

The local respondents responded with applause.