You Are Here: Home → 2012 → November → 22 → Maguindanao massacre and the absence of genuine justice, press freedom, and good governance

Maguindanao massacre and the absence of genuine justice, press freedom, and good governance

The continued reign of impunity, political dynasties and warlordism, the Aquino government’s contempt for a critical press and the lack of sweeping political, electoral and judicial reforms all contribute to the absence of justice.

MANILA — The Maguindanao massacre is the worst attack on the media and press freedom; it is the most gruesome face of impunity in the country; it is the scourge of political dynasties and warlordism that rule over the countryside, which, in turn, begets corruption and the politics of guns, goons and gold.

The Committee to Protect Journalists called it as the single deadliest event for journalists in history. The sheer number of journalists killed, 34 of the 58 victims, had earned it this infamy. Add to the number of victims the brazenness of the crime – which was done in broad daylight, on a highway, and the fact that the digging of the grave for the victims was done two days before and that the perpetrators did not even exert any effort to conceal their identities – makes the Maguindanao massacre the most gruesome display of impunity in killings in the country’s history.

What gave the Ampatuan clan the temerity to commit such a blatant crime? 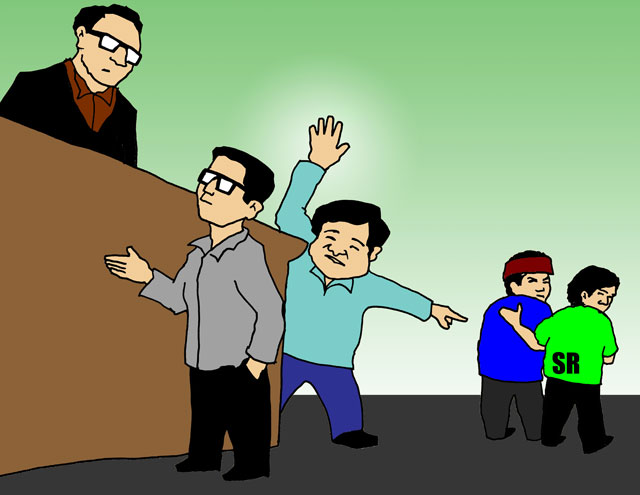 The Ampatuan clan is one of the most powerful clans in Mindanao and incontestably, the most powerful in Maguindanao province. The patriarch Datu Andal Ampatuan Sr. was appointed officer-in-charge of Shariff Aguak by the late president Cory Aquino, the current president’s mother, after the People Power uprising in 1986. He was subsequently elected as governor of Maguindanao. His two sons also held key positions in the province: Zaldy Ampatuan was the governor of the Autonomous Region in Muslim Mindanao and Andal Ampatuan Jr. was the mayor of Datu Unsay, Maguindanao at the time of the massacre. His son-in-law Akmad Ampatuan is the mayor of Mamasapano, Maguindanao. Grandson Anwar Ampatuan was the mayor of Shariff Aguak, the capital of Maguindanao. Even while in prison, they were able to order the brutal killings of key witnesses to the massacre.

Their mansions stand out among the sea of poverty. Their 2000-strong private army rivals that of the Philippine Army and the local police in terms of arms at their disposal. The Ampatuan clan reportedly ensured the “victory” of Gloria Macapagal-Arroyo during the 2004 presidential election through the manipulation of the elections in the province, if ever there was any election held at all in the province in 2004. The Ampatuan clan’s impunity and control over the province is the best argument against the perpetuation of political dynasties.

When President Benigno Aquino III took over the reins of government, he vowed to engender change, render justice, battle corruption and usher in good governance. But why is it that more than two years after President Aquino assumed the presidency, we are still nowhere near attaining justice for the victims of the Maguindanao massacre?

Some would justify this by saying that the Aquino government could not do anything about it because it is up to the court. But the court is not immune to political pressures. Even the Supreme Court responds to political pressures, and that is not exclusive to the High Court under impeached chief justice Renato Corona. Besides, are the evidences not obvious and did the witnesses not positively identify the accused? How could the rules of court hostage justice? How could the judge and prosecutor allow the defense to delay the proceedings of the case?

If one were to analyze deeper, it would not be too difficult to discern why justice has remained elusive to the families of the 58 victims.

First, impunity still reigns. Not even one perpetrator of killings of journalists and political activists has been brought to justice. Not even one disappeared victim has been surfaced and no officer and unit of the Armed Forces of the Philippines have been held accountable even if evidences clearly point to them as culprits. Worse, the killings and enforced disappearances continue and the response of the Aquino government has either been to ignore or to deny that these are still happening.

Second, political dynasties and warlords still hold sway not only in the countryside but in national politics as well. Traditional political families control national and local politics by having the patriarch, his wife, sons, daughters, cousins and in-law in office and running for key positions in government. The Enriles control the political and economic life of Cagayan Valley; the Angaras control Aurora province; the family of the late dictator Ferdinand E. Marcos controls Ilocos Norte province; the Estradas control San Juan City and the Binays control Makati City; and the list goes on and on. The country is still half a year from the 2013 elections and yet, the death toll in election-related violence has already begun.

Third, the Aquino government has repeatedly shown contempt for a critical press. He has, time and again, taken potshots at the media for publishing reports critical of his government. And instead of fulfilling his campaign promise of transparency in government and support for the Freedom of Information Bill, he has thrown his full support to the Data Privacy Act, the Right of Reply bill, and the Cybercrime Prevention Act, which will effectively shield the government from the critical eye of the press and the public and penalize those who expose wrongdoings in government.

If the Aquino administration is really serious in dispensing justice, it should throw the full weight of its government toward pushing for justice for the victims of the Maguindanao massacre, as well as for the other cases of killings of journalists and political activists; run after and prosecute those responsible for extrajudicial, arbitrary, and summary killings and enforced disappearances; dismantle political dynasties, private armies, and paramilitary groups; ensure transparency and accountability in government, starting with the enactment of the Freedom of Information bill, repeal of the cybercrime prevention act, and the decriminalization of libel; encourage a free and critical press; and undertake sweeping political and electoral reforms.