Despite evidences and eyewitnesses, the accused killers of Olalia and Alay-ay, thirteen known members of RAM, have so far evaded arrest by invoking the amnesty granted them after their failed coups.

MANILA – If Martial Law had been truly ended, there would be no more impunity in rights violations. But even as young and old activists recalled the heroism of millions of ordinary Filipinos who resisted and eventually brought down the Marcos dictatorship – and paid a heavy price— “the laws, the policies and programs, the armed forces” of all past administrations “from Aquino to Aquino” remained structured as those during Martial Law, according to Karapatan.

The long-delayed case against the accused murderers of labor leader Rolando Olalia and union organizer Leonor Alay-ay is a case in point, said Ofelia Beltran-Balleta, veteran activist and daughter of the late labor leader Crispin “Ka Bel” Beltran, during the rally commemorating Martial Law at 40 in Mendiola Bridge.

Olalia and Alay-ay were abducted and brutally murdered at a time when the Philippines was still basking in the afterglow of Edsa people power. It happened only eight months since the supposed end of martial law. The gruesome killing of Olalia and Alay-ay, whose bodies bore signs of torture, shattered the illusion of supposed restoration of democracy, as the mourners who marched at the Olalia-Alay-ay funeral had said. The march of nearly a million mourners at the funeral of Olalia and Alay-ay was the first huge protest held by peoples’ organizations which had “critically supported” the new Aquino regime. 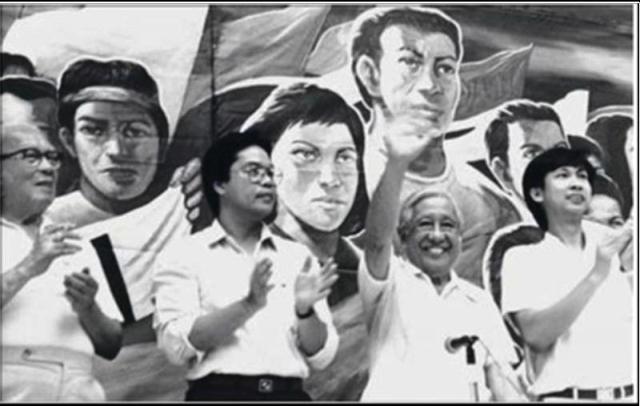 Rolando Olalia (second from left), president of Bayan, chairman of KMU, candidate of Partido ng Bayan in the 80s, in an undated photo (Photo courtesy of Teddy Brul / bulatlat.com)

Their group’s repeated coup d’ etat and the support of US on Aquino had led to Aquino’s “unsheathing the sword of war,” or what the progressive groups then called as de-facto martial law, which continued with the succeeding regimes, under different names.

Meanwhile, despite evidences and eyewitnesses, the accused killers of Olalia and Alay-ay, thirteen known members of RAM, have so far evaded arrest by invoking the amnesty granted them after their failed coups.

Nearly 26 years after the shocking murder of Olalia and Alay-ay, the first pre-trial began only last September 5, with just one of the 13 accused in custody. Desiderio Perez happens to be in custody in Rizal after he “surrendered” last July.

Presiding Judge Maria Consejo Gengos-Ignalaga said during the pre-trial that the original warrants of arrest she issued six months before had all been returned; “the accused could no longer be located in their known addresses.” 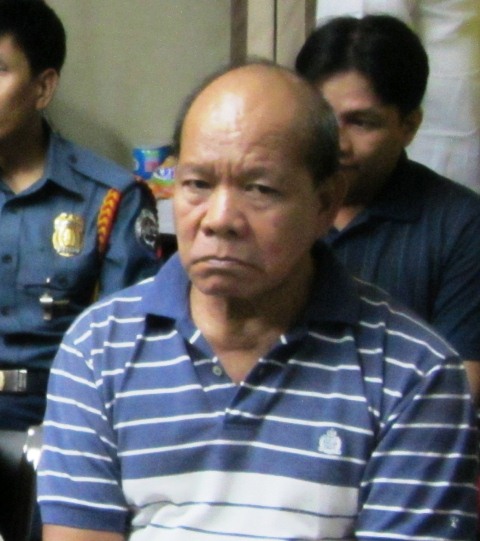 Desiderio “Dario” Perez, one of the 13 accused who is now in custody, had surrendered to Rizal PNP Superintendent Ceasar Tannagan last July. With the “elite unit of Rizal,” Tannagan said, they opted to be the ones to handle this. He told Bulatlat.com that they view the surrender as a “product of their intelligence efforts.” He said it was they in the PNP who had initiated efforts to encourage the accused murderers to surrender, “so the case could move on.”

“We assured their families and they welcomed it,” said Tannagan. He added that they are in communication with the accused, “through Perez.”

Asked why Dario Perez had opted to surrender to him specifically, Tannagan replied in Filipino that he also came from the army. He also requested that Perez, and the “others who would surrender” (he declined to mention who or how many) be under his watch, at the Hilltop Provincial Command’s Camp Geronimo.

“The rationale is, security-wise, we can better secure them there. And bring them more easily to the court, which is nearer,” Tannagan said.

Rolando Rico Olalia, son of the murdered labor leader and also a lawyer, shared that human rights advocates and lawyers held a dialogue with Justice Secretary Leila de Lima before the Sept. 5 pre-trial, but de Lima had reportedly not promised any help to expedite the case.

The National Union of People’s Lawyers (NUPL) and Karapatan asked de Lima to look into the situation of two state witnesses. (The current director of the state witness protection program used to be the legal counsel of one of the accused masterminds in the Olalia-Alay-ay double murder.) They requested for a special team of public prosecutors, explaining that one public prosecutor could not manage this case given that there are 13 accused murderers, and the case had dragged for years. They asked for help in arresting all the accused, and for the justice department to come out with a “look-out bulletin order,” if it cannot issue a watch list order after the Supreme Court declared it illegal. 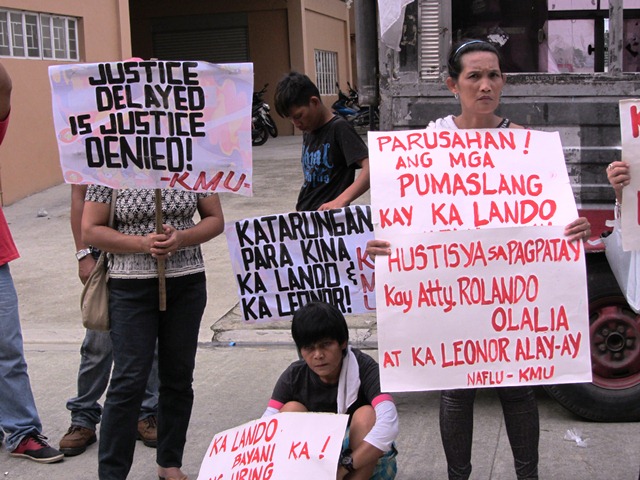 Workers from NAFLU demand hold picket in front of Rizal trial court during the first pre-trial of the accused in Olalia-Alay-ay double murder case (Photo by Marya Salamat / bulatlat.com)

Retired military general and dubbed by activists as “butcher” Jovito Palparan is also evading arrest for the abduction of two University of the Philippines students.

De Lima reportedly shared to the human rights groups President Aquino’s reaction when told about the Olalia-Alay-ay double murder case: “So, this case is still alive. (Buhay pa pala itong kasong ito.”) After that, Olalia said, nothing more was said.