“Even as we seek redress for the wrongs that she [Helen Gayta Carumba] has suffered in the hands of the Taiwanese government, we also understand the urgency of facilitating her early release and repatriation to the Philippines. Any amount that you are able to provide will be a moral contribution to Helen’s human rights, as well as those of other, similarly-situated migrant workers.” – APMM

MANILA — Various migrant organizations are demanding the release of a jailed Filipino overseas worker in Taiwan. Groups led by the International Migrants Alliance (IMA) chapters in Hong Kong and Macau recently led a protest in front of the Taiwan Economic and Cultural Office (TECO) in Hong Kong to call for the immediate release of Helen Gayta Carumba.

Carumba is a 49-year old foreign domestic worker (FDW) with three children. According to reports, she was arrested earlier in March on charges of falsification of documents. She presented documents introducing herself as Helen Servito Gayta. After she was caught, she was taken to the Hsinchu Detention Center and was jailed there for four months. After hearing her case, the court imposed a 12-month imprisonment that was subsequently reduced to 10 months.

IMA spokesman Emman Villanueva said Carumba languished in jail because of “flaws in the law” and because Philippine government’s agencies have failed to come to her aid swiftly. 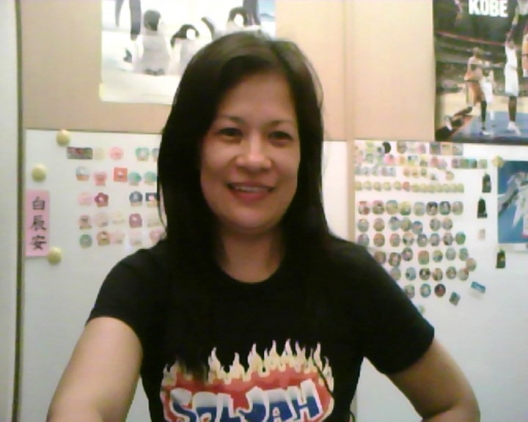 “While Carumba might have been judged guilty, she should not be made to suffer further imprisonment. She should not have been detained that long and should have just been immediately processed for repatriation. Also, the amended Taiwan Immigration Act states that the period of detention should be subtracted from the sentence but, because of the neglect of the NIA (National Immigration Agency) to inform the court of her four-month detention, as well as the lack of provision in the law ordering the responsible government agency to do this, Carumba has suffered unjustly,” Villanueva said.

In the course of her detention, Carumba’s case was heard and finally the court declared a 10-month sentence against her.The OFW was transferred to the Taoyuan Prison for Women after failing to pay the penalty equivalent of 10 months. Earlier, she had prepared for the penalty equivalent of six months, because she was informed by the detention officer that her first four months of detention would be counted and considered as included in her prison sentence.

The protesters submitted a letter signed by concerned organizations and individuals in different countries and addressed to Taiwan Pres. Ma Ying-jeou calling for Carumba’s release and repatriation. They also called for the same in the cases of other migrants in similar situations, as well as for an investigation on the neglect of responsible government agencies. The groups also said there is a need to repeal the law that puts migrants in an unjust situation. 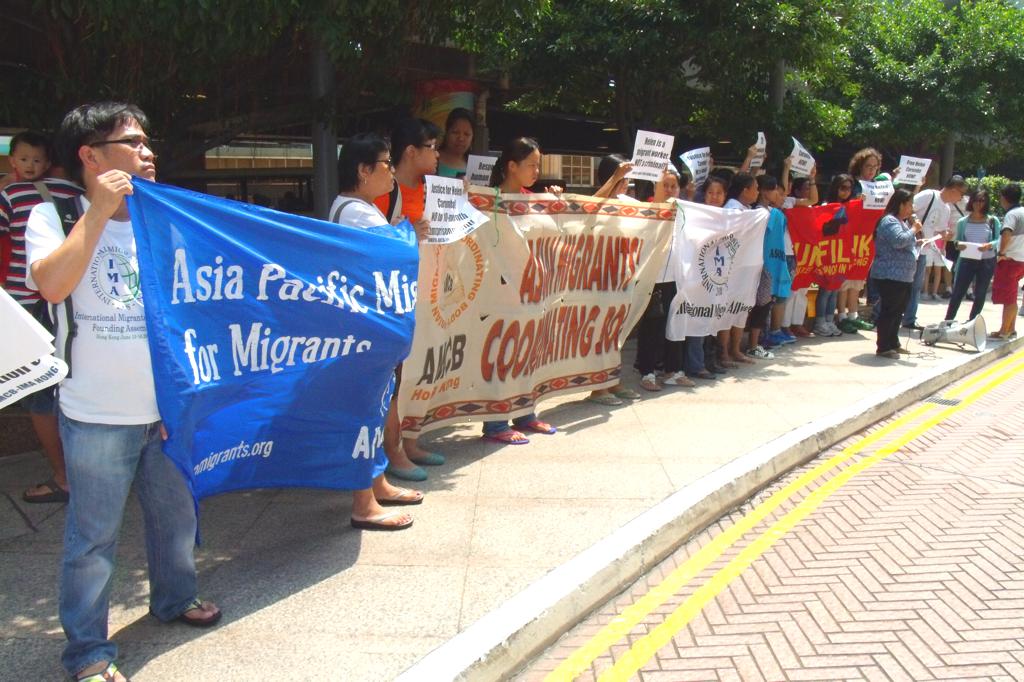 Villanueva shared that migrant advocacy groups in Taiwan and the Philippines are also poised to hold similar support actions for Carumba.

“It is imperative for the Philippine government to act on this issue because many of its nationals are in Taiwan. They’re vulnerable to falling into the same situation. Migrant workers like Carumba should not be made to suffer longer than necessary and more importantly, the condition that puts Carumba and many others in such predicament should be immediately changed,” Villanueva said.

In a report published in the Philippine Star, the Taipei Economic and Cultural Office (TECO) said there are at least 90,000 OFWs working in Taiwan.

A gray area in the law

In their letter to the Taiwanese government, the IMA said there is a serious flaw in the Taiwan Immigration Act of 1999. It said that there is a “gray area” in the law.

IMA has called attention to the TIA’s Article 38, which reads: “If an alien, who meets any of the circumstances listed in Paragraph 1 of this article (Article 38), is suspected of involvement in criminal act and is detained at the designated location pursuant to Article 39 by the relevant judicial authorities, once convicted, one (1) day of detainment imposed on the alien at the detention location, pursuant to Article 39, may be accounted towards one (1) day of the sentenced imprisonment (or criminal detention) or the accumulated days of detainment may offset the amount of the fine determined in accordance with Paragraph 6 of Article 42 of the Criminal Code.”

“This particular article, included in the list amendments passed in 2011, has created much more suffering than alleviation for migrants working in Taiwan,” it said.

The IMA said the management of the HDC and/or NIA officials did not inform the prosecutor of the fact that Carumba had already been detained for four months prior to the court sentence. The court, in it has been informed, would most likely have shortened the sentence it laid down.

In the meantime, the IMA said because the TIA does not require or make it mandatory for any agency to inform courts of such a technical detail such as the previous detention served by jailed migrant workers, the discrepancy in the law, regardless of its amendments, could cause harm to migrant workers in Taiwan.

“The NIA has been remiss in its responsibility to accord Carumba her right to be repatriated. As the prosecutor did not officially request for detention, the NIA could have only detained migrants like her for the mere purpose of deportation: they could have facilitated Carumba’s repatriation should she have prepared money and proper documents,” the group pointed out.

Migrante-Taiwan has already decried how some “highly unusual police procedures” have been used on Carumba. The group said Carumba reported how her ankles are manacled by the police during hearings and medical checkups.

“This is a practice that is considered to be inhumane and has the effect of prejudicing the case against the accused. This needs to be investigated on by human rights organizations, as well as the concerned authorities in Taiwan, and the errant law-enforcers sanctioned accordingly,” it said.

Migrante-Taiwan is already preparing its own appeal, but admitted that the process is bound to be a protracted one.

The group has already raised funds to pay for four month’s worth of fine, which is an option provided for by the country’s judicial system. Another six months worth of fines need to be paid to secure Carumba’s freedom, an amount equivalent to TWD 180,000.

For its part, the Asia-Pacific Migrants Mission (APMM) said the Carumba family lacks the means to produce the required amount. In coordination with Migrante International (MI) and its Taiwan chapter, the APMM said it will find the means to contribute to the “freedom fund” by tapping into the goodwill of its network of migrant organizations and advocates.

APMM is also asking for donations from sympathetic organizations and individuals. “Even as we seek redress for the wrongs that she has suffered in the hands of the Taiwanese government, we also understand the urgency of facilitating her early release and repatriation to the Philippines. Any amount that you are able to provide will be a moral contribution to Helen’s human rights, as well as those of other, similarly-situated migrant workers,” said APMM managing director Ramon Bultron.