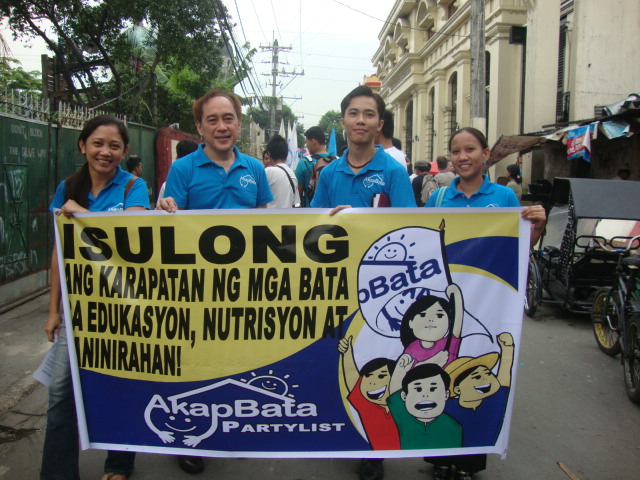 As the month of flowers came to a close, the child-welfare group group Akap Bata Party-List recently held a Santacruzan parade within the vicinity of the Commission on Elections in the Intramuros, Manila area. The Santacruzan featured as theme the universally-recognized 10 Rights of the Child, among them education, nutrition and shelter.

The parade culminated in the group’s filing of its manifestation of intent to participate in the 2013 elections. It also submitted its list of eight nominees.

During the Santacruzan, Akap Bata Party-List also highlighted its campaign for the passage of HB5852 or the Magna Carta for Day Care Workers Bill in time for the upcoming opening of classes on June 4. The proposal was filed in the House of Representatives by Bayan Muna Rep. Teddy Casiño. The proposed bill provides day care teachers and workers with standardized salaries, benefits and security of tenure. 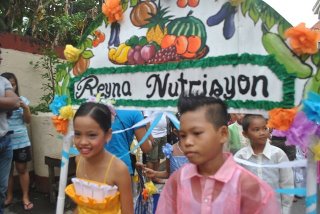 Because the activity was conducted the day after the Senate laid down its guilty verdict in the impeachment trial against former chief justice Renato Corona, Akap Bata also issued a statement on the matter.

The group’s first nominee Arlene Brosas said that while the decision was a milestone in the fight for accountability, the fight does not end with Corona’s conviction.

“It’s not only corrupt officials who should be taught a lesson, but human rights violators and corporate greed should also be investigated and punished as well. Throughout the entire period of the impeachment trial and long before that the Aquino government compromised the people and children’s rights,” she said.

The group said that based on 2011 statistics, 27 percent of all children across the country are malnourished, some 3.3 million children are underweight while 4.5 million families experienced involuntary hunger. 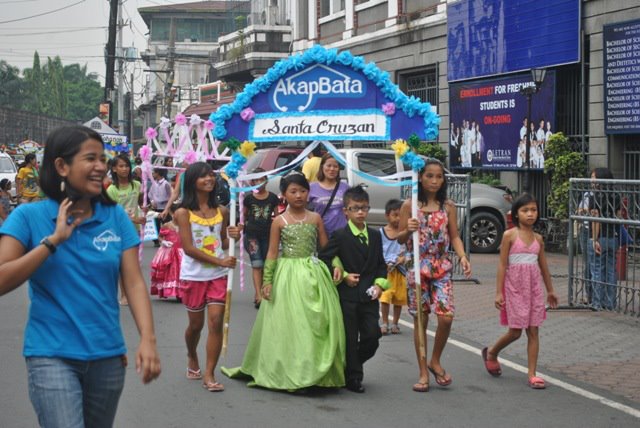 Brosas explained that it was precisely because of the worsening social conditions that Filipino children faced that Akap Bata will run in 2013 in the party list polls.

The group previously ran in the 2010 elections but failed to secure a seat by a slim margin of 40,000 votes.

For his part, the group’s second nominee Dr. Ed Clemente said the country’s problems are doubled and even trebled in impact as experienced and suffered by children. 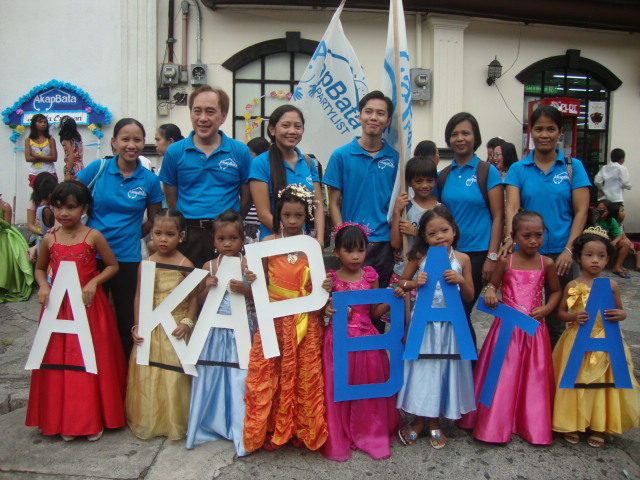 “Children are highly vulnerable, they are the most vulnerable sector. The sector needs serious and systematic programs and services to augment the currently lamentably poor efforts of the government to address their condition,” he said.

Third nominee Dr. Evangeline Castronuevo – Ruga expressed agreement and said that in Congress, their group will focus on legislative measures that seek to directly improve the welfare of children of the marginalized sectors in particular and all Filipino children in general.

Brosas expressed hope that their group will secure the support of child rights advocates, parents, day care workers and volunteers in its campaign for genuine children’s representation.

In the past months, Akap Bata has also taken the lead in promoting the rights of daycare workers. Bayan Muna’s Casiño filed a proposal on the same, focusing on the standardization of their salaries. The group wants the salaries of daycare workers to be pegged at Grade 8 or P8,000 ($186) as their starting pay. It also wants security of tenure for the the daycare employees as well as hazard pay, overtime pay, and medical benefits.

The group also helped monitor the implementation of the Department of Education Order # 8 series of 2012 prohibiting excessive and illegal collection of graduation fees. The “Grad FeeMonitor 2012” was launched last February 14.