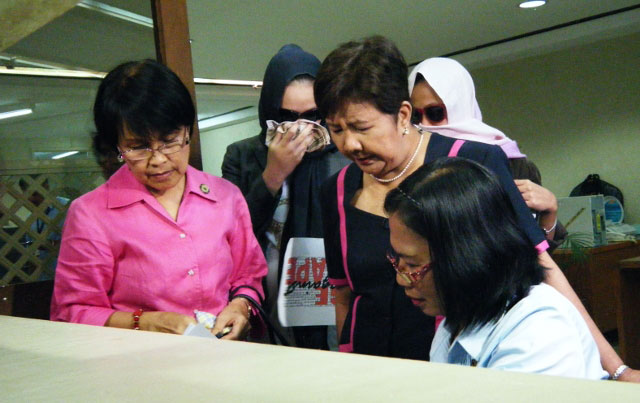 In a press conference held before the filing, De Jesus and Ilagan specified the amendments they want to push in Congress. These include the redefining of the term rape, the enumeration of circumstances where there is a presumption of lack of consent, the inclusion of cases where there are non-penile penetration, the repeal of 266-C and 266-D, and the specification of aggravating circumstances such as recording the act of rape with the use of electronic gadgets as well as its dissemination. 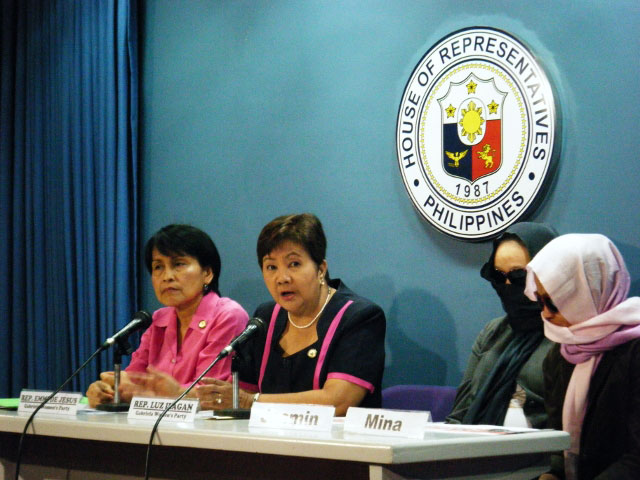 “We included the use of electronic gadgets in the bill because there are many instances where this has happened,” De Jesus said. “Most of the victims in our experience are teenagers, students, who are raped, the act recorded and then the video distributed. We think that this should be articulated in the bill and that it should be given ample punishment.”

Ilagan and De Jesus also stressed the fact that the issue of consent is often the reason why most suspects of rape are not prosecuted properly.

“There are many victims who agree or, in a sense, forced to submit to the actions of the perpetrator because the perpetrator is a person who is in a position of authority, or is a threat, or someone who has moral ascendancy,” Ilagan explained. “That is why, when they use their position, power and influence, it creates a situation wherein the accuser will be forced, victimized because of the use of power, influence, and moral ascendancy.”

Included in the amendment for Section 2, or the Presumption of Lack of Consent, of RA 8353, are the following circumstances:
o When the act is attended by force, threat, or intimidation;
o When there is fraudulent machination, grave abuse of authority or moral ascendancy;
o When the victim is deprived of reason or is otherwise unconscious;
o When the victim is incapable of giving consent due to his or her mental or physical state or capacity;
o When the victim is below fifteen years (15) of age or if fifteen (15) years of age and above, but he or she has the mental capacity of that of a fifteen (15) year old or below and the offender is of legal age.
o When the offender is a biological or adoptive parent or de facto parents or a person who has raised the offended parent without the benefit of legal adoption, ascendant, step-parent, de facto or legal guardian, relative by consanguinity or affinity within the third civil degree, or the common-law spouse or live-in partner of the parent of the victim. 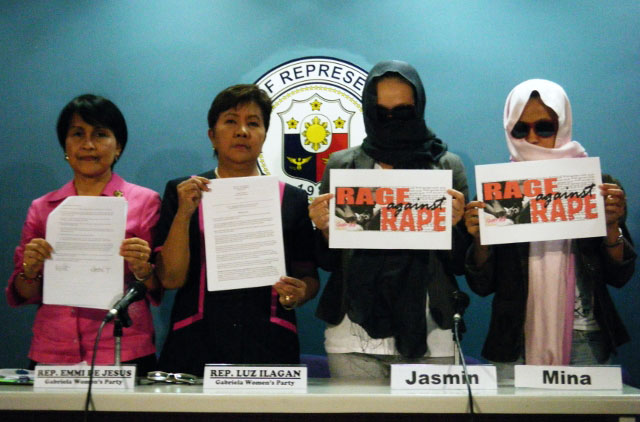 “It supports the amendments that Gabriela Women’s Party is pushing for,” she added. “that there are circumstances showing lack of consent on the part of the victim, and therefore, this should be included in the law so that it will be clear and we can give justice to the victims.

“[The amendments] are important not only to us, but to all others who have been victims of rape because it will help in speeding up the cases and instill fear in people who have positions to not do anything bad,” Mina said.

De Jesus also explained that one of their reasons for pushing for the amendments is to make the discussions about rape a public issue.

“We think this is a big contribution in raising the consciousness of the public,” she added. “so they can appreciate that it is only proper that the issue of violence against women should be a national issue.”