“Aquino is of no help to poor people like us even if he has the authority over all government agencies in the country, like a father to his family. So far, he has done nothing but to make sure he looks good before the eyes of the public “

MANILA — Farmer Juanito Ramiscal could not believe what he saw as soon as the flood subsided in the far-flung subvillage of Bertece in Guimba, Nueva Ecija. All the fruits of his hard work were washed away by typhoon Quiel, the last of the two consecutive typhoons that recently hit the country.

Ramiscal sat down and lost consciousness. His family brought him to the nearest hospital and was consequently announced dead on arrival. He died of a stroke on September 30. He was 58.

When Bayanihan Alay sa Sambayan (Balsa), a relief operation spearheaded by progressive group Bayan, arrived in their community, they brought them goods that could somehow ease their impoverished conditions for the next few days. Ramiscal’s name was called but it was his children who claimed it on his behalf. 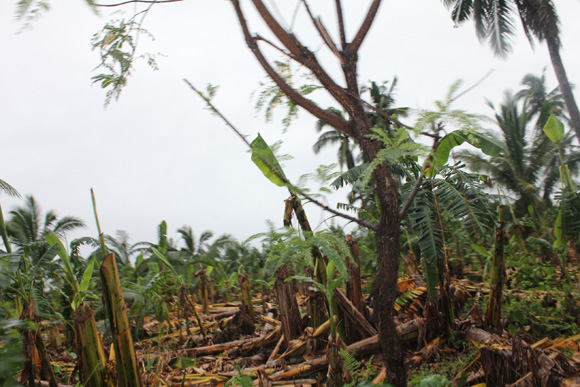 The town of Guimba is one of the most affected areas in Nueva Ecija, the country’s rice granary. Local peasant organizations estimates that about 70 percent of their crops were destroyed by the two typhoons that hit the country. Despite their conditions, residents said they hardly received sustainable assistance from the local government and none from the national government.

In his message before the residents, Bayan secretary general Renato Reyes Jr. said their efforts are in response to the inaction of the government to look into the needs of the Filipino people who were affected by the typhoons and consequently the release of water from nearby dams.

“But I urge everyone that we should not be satisfied with our humble relief goods. It is the government’s responsibility to address our concerns,” Reyes said.

The Department of Agriculture estimates that the agriculture sector lost about $277.4 million, of this, the loss in palay or rice produce amounted to $254.3 million or 760,207 metric tons.

In an interview with Aquilino Lopez, president of Mambayu, a local peasant organization, he said, “around 30 percent of the soon to be harvested rice crops were rotting when the flood subsided,” adding that the farmers could hardly sell those they were able to salvage because “the color of the rice grains darkened after it was soaked in the flood water.” 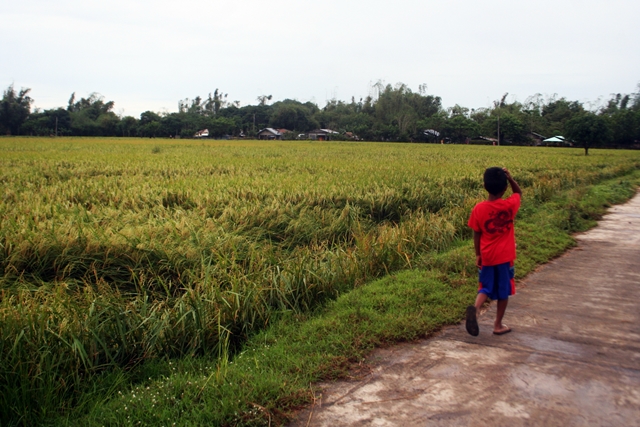 Lopez said there are private enterprises who have expressed willingness to buy the grains but at a low and unreasonable price of around $0.18 to $0.23 compared to the $0.35 per kilo when the grain is in mint condition.

The newly growing rice stalks were also soaked in water, thus, the rice grains would not longer be formed.

If Pedring and Quiel did not hit the country, especially Central and Northern Luzon, Lopez said, the farmers are supposed to be harvesting their crops by now. “Worse, most of the farmers in our area loaned money from loan sharks to buy the production inputs,” he added, citing that an average of 30 percent interest on their debts is being levied on them.

Migrante International, an overseas Filipino group, said they have observed the same conditions in other towns of Nueva Ecija during their relief operations Sagip Migrante. Connie Regalados-Bragas of Migrante International said the villages they visited, namely Rueda and Pulang Lupa, mostly grows vegetables for sale to Divisoria.

“Some of the rice fields were even covered by sand when the nearby river overflowed,” Bragas said, adding extra work has to be done to clear the fields before planting.

In Calasiao, Pangasinan, where Migrante also held its relief operations, Allan Bonifacio of the OFW group said, farmers have not yet recovered from the 2009 Typhoon Ondoy. “They are currently facing threats of eviction from Landbank after they failed to pay their loans when Ondoy ravaged their crops two years ago.”

Last October 5, Bonifacio said they witnessed how Pedring and Quiel caused damages to the crops of the farmers. The damaged crops were estimated at around 70 percent. “Only national roads are passable. During the relief operations, the villages, markets and the rice fields remain flooded,” he said, “It is hard to distinguish a fish pond from a rice field.”

Nardy Sabino, secretary general of the Promotion of Church People’s Response, said some of the homes of the peasants and fisherfolk in the Casiguran, Aurora, where various church organizations distributed relief goods, were completely washed away. He added that there are also communities that remain partially isolated because the road has not yet been cleared.

“You need a big truck to reach the far-flung communities,” he told Bulatlat.com.

Sabino added that even their group had a hard time going to the area and back due to the swollen rivers, broken bridges and landslides along the way.

Despite these conditions, Sabino said, the national government has not yet done anything concrete to address the issues of the peasants not only in Aurora but in other provinces that were hit by Typhoons Pedring and Quiel.

No concrete plans
In a statement, the Department of Agriculture said it is already adopting strategies to help the rice industry recover from the damages brought by the two typhoons Pedring and Quiel. 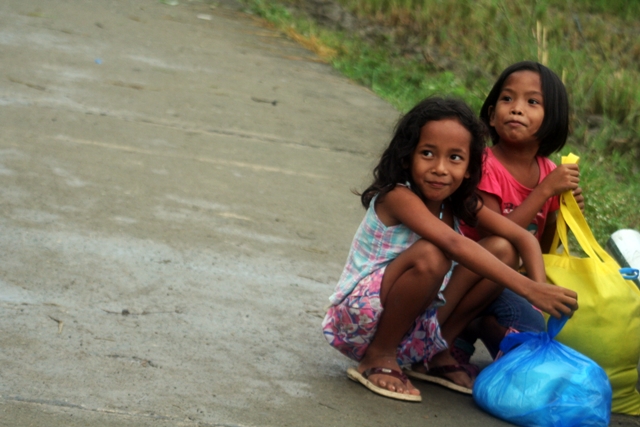 Agriculture secretary Proceso Alcala said he has assured President Benigno S. Aquino III that despite the damages brought about by the typhoons, there would be no need for the government to import more rice as the DA would implement a “plant now, pay later” scheme” for the farmers.

The DA, in the same statement, also cited the efforts of its attached agencies Philippine Center for Postharvest Development and Mechanization and Philippine Rice Research Institute and Land Bank of the Philippines in its efforts to fast-track the recovery of the farmers. This include PhilRice’s deployment of seedlings which are ready for procurement by the DA and the Land Bank’s “financial assistance” in agricultural production and capital loans and rediscounting line.

“Farmers can also avail of the bank’s countryside loan fund, a wholesale credit facility from the World Bank, available to financial institutions such as rural banks, commercial banks or unibanks, thrift banks, and non-bank financial institutions. Loans may be availed of by companies that are sole proprietorship, partnerships, corporation with 70-percent Filipino ownership, and cooperatives,” the DA said in a statement.

Last October 5, the DA also announced that the National Food Authority would be procuring the typhoon-damaged palay.

Mambayu’s Lopez, however, said the NFA might not purchase their palays because of its condition, adding that the government agency is asking for too many requirements from their produce, such as the moisture content of the grains, which, according to him, would obviously not pass the standards set by the DA. “Unless they would forget all these strict requirements and procure the rice at a reasonable price.”

Citing the case of the farmers of Calasiao, Pangasinan, Migrante International’s Bonifacio said offering loans to the farmers is not the solution to the problem. “They are already indebted to usurers and another debt would cause more harm in the future; it may even result in their eviction from the land they are tilling.”

Farmer Bernardo Dolyas, 64, one of the members of Mabayu, said he is disappointed about how the present administration is handling the situation. “What the government needs to do first is to really look into our needs and how the existing socio-economic and political conditions add to our sufferings.”

Dolyas said among the things they need right now is for the government to give capital so that the peasants could begin planting again. And, in the long run, he said, the government should implement free distribution of the land they are tilling.

“Aquino is of no help to poor people like us even if he has the authority over all government agencies in the country, like a father to his family,” Dolyas said, “So far, he has done nothing but to make sure he looks good before the eyes of the public.”