You Are Here: Home → 2011 → October → 10 → In support of PAL workers, marchers to Mendiola slam Noynoy for contractualization

In support of PAL workers, marchers to Mendiola slam Noynoy for contractualization

MANILA — A week after thousands of Philippine Airlines workers were laid off as the airline implemented the disputed outsourcing scheme, more than 300 workers marched to Mendiola to express solidarity with the terminated PAL workers. They also condemn President Benigno Simeon Aquino III for giving the go-signal to the scheme’s implementation. 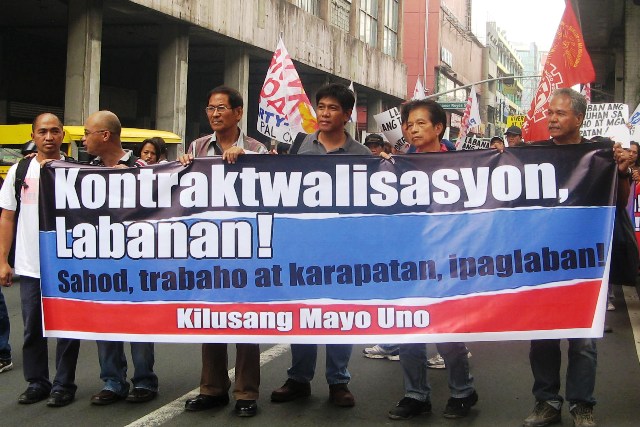 Led by labor center Kilusang Mayo Uno, the workers carried an effigy of an airplane bearing Pres. Benigno “Noynoy” Aquino III and PAL owner Lucio Tan. To dramatize the workers’ suffering in PAL and all over the country, the effigy is tied to the necks of some of the marchers. 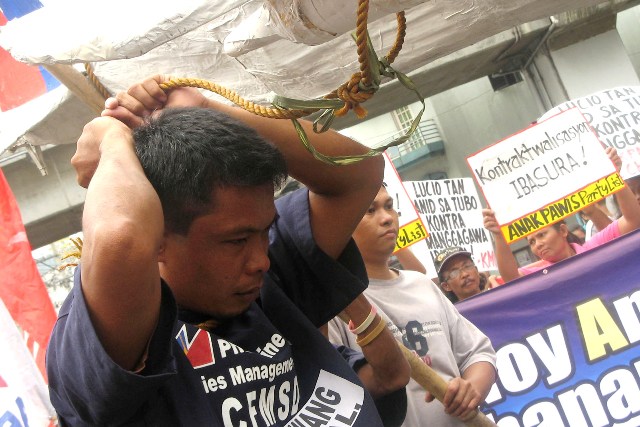 “The acronym of PAL says it all: P-Noy is Anti-Labor. We condemn President Aquino for actively siding with Lucio Tan in implementing the massive layoff and contractualization via outsourcing scheme in PAL,” said Lito Ustarez, vice-chairperson of KMU.

“Pres. Aquino has not only denied workers a significant wage hike. In the PAL labor dispute, he also used the power to assume jurisdiction – an enemy of workers’ strikes. He has also affirmed contractualization, a menace to workers,” Ustarez added. 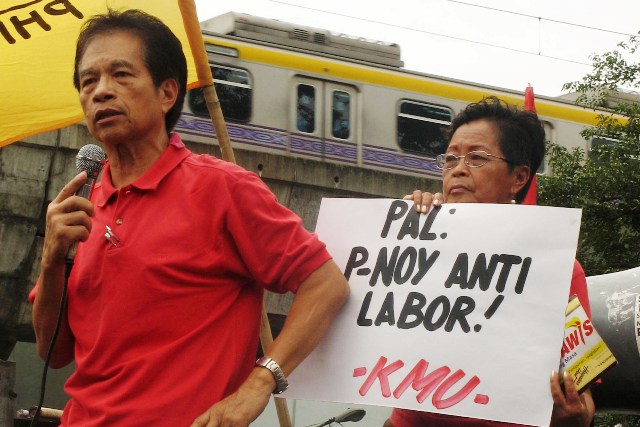 The Mendiola march, according to KMU, marks the start of a continuing condemnation of massive layoffs and contractualization in PAL and in the country.

“Filipino workers have been suffering from contractualization for the longest time. What happened in PAL last Oct. 1 is igniting our pent-up anger over this most anti-worker of capitalist schemes,” Ustarez said. 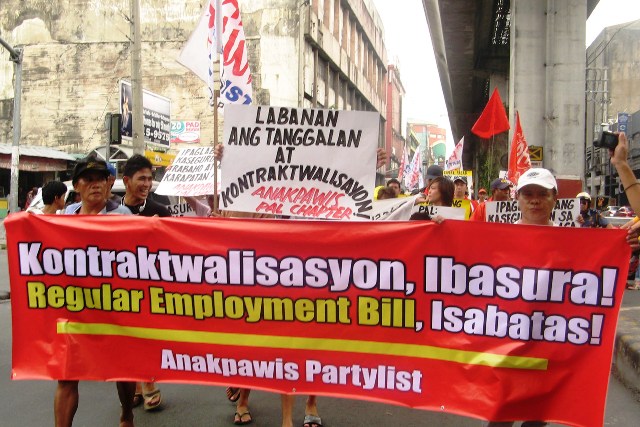 “What happened in PAL is a green-light to massive layoff and contractualization in the country. We are calling on the House of Representatives to pass HB 5110, which we see as offering an end to contractualization and its further spread,” Ustarez said.