Farmers from Buffalo-Tamaraw Litmus in Bukidnon filed charges on Monday, August 8, against the officials of the Central Mindanao University and its security group for the shooting incident of the protesting peasants on June 14, 2011. 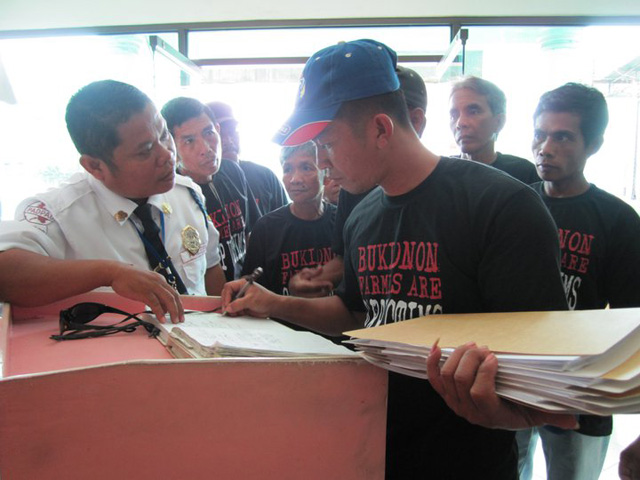 The peasants of the BTL community were then holding their camp out outside the CMU gates when some 15 security guards headed by Nestor Honosan indiscriminately fired at the farmers and beat up their supporters. According to Amihan – Northern Mindanao Region, a women peasant group, the June 14 shooting incident that wounded seven farmers is only among the numerous human rights violations against the peasants of the BTL community. 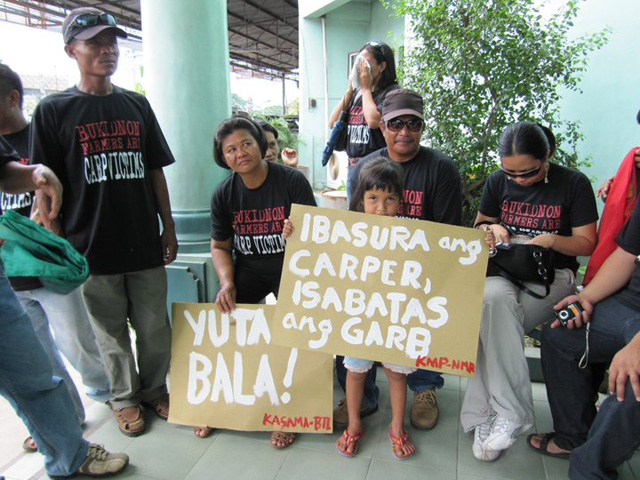 The land dispute between the CMU and the BTL farmers have been going on for several decades, but the move to evict the peasants have intensified early this year. In a dialogue between Hunglos: International Solidarity Mission to the Struggle of Peasants in Bukidnon and the CMU officials, the university’s Vice President for Academic Affairs Anthony Penasco confirmed that there are multinational companies which have expressed their intent to rent CMU
lands which covers a total of 3,084 hectares. 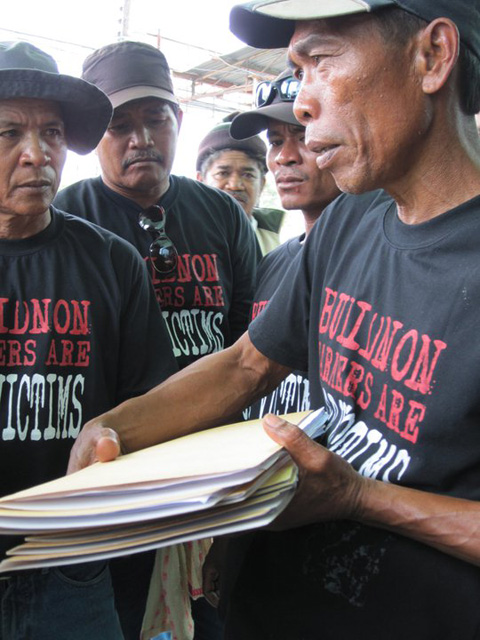 Among the charges that were filed are grave abuse of authority,conduct unbecoming of a public official, grave coercion, grave threats and physical injuries to Central Mindanao University officials and its security groups. (Text by Janess Ann J. Ellao and photos courtesy of Amihan-NMR / Bulatlat.com)