When I witnessed the Twin Towers falling while we were evacuated from school, I was in a state of shock and awe…Little did I know that 10 years later I would meet a woman whose suffering was caused by the Bush administration’s response to 9/11—not in Afghanistan nor Baghdad, but in Manila.

At half past eight in the morning of September 11th, 2001, I was in my first class period Social Studies and the lesson was on the American civil war. It was the fourth day of eighth grade, and a half-hour earlier I had ridden my bicycle from my home, passing the World Trade Center building, to get to my school located five blocks from the Twin Towers in lower Manhattan, New York City.

At a quarter to nine, my classmates and I heard a large booming sound, and a couple of students ran to the window to see what had happened. There was a bit of speculation as to the cause of the boom, and our teacher, thinking it was merely something from a construction site nearby, resumed her lesson and instructed the class to go back to their seats and be quiet.

About five minutes later, one student sitting near the window—his neck craned and eyes searching for the cause of the boom at an angle—caught a glimpse of something quite shocking, something that he thought the whole class ought to hear. “The World Trade Center is on fire!” he shouted, and suddenly everyone in the room rushed to the window and craned their necks, myself included. He was right, I thought to myself, catching a glimpse of a building I had known my whole life now with a gaping black hole and red and orange flames gushing up and out of it. The World Trade Center was on fire. And from that moment on I became a different person. 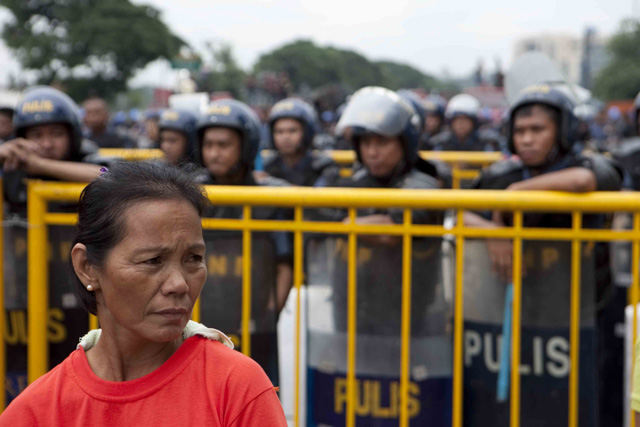 The events of September 11th changed my life in tangible and intangible ways. In material terms, our family was immediately displaced from our home two blocks from Ground Zero and stayed with our relatives in New Jersey for a week before returning to find a thin layer of dust covering the entire surface area of the apartment because, in a rush to meet my sister and I at our school, our mother had left the windows open. We eventually moved away from downtown Manhattan, seeking fresh air and a new community after breathing in fumes from the wreckage at Ground Zero, which smoldered for months after the buildings went down, and the hordes of tourists who came to see for themselves the destruction that had already coalesced into the single most important event of the young century. My middle school was moved a mile away to another school for four months, where, to deal with overcrowding, the new school’s administrators erected three classrooms in the cafeteria for us.

But perhaps more importantly, my outlook on the world changed. Instead of reading novels, I became immersed in newspapers, magazines, television broadcasts, internet news outlets and any other way I could seek to understand what had happened in my neighborhood that made the entire world stop what they were doing. I was not filled with anger, malice or feelings of revenge, as many Americans were—I was too preoccupied with trying to understand every aspect of what had happened and why people would want to cause so much suffering.

I had changed and I was not alone. The entire world felt the effects of the 9/11 attacks, and very few of them were positive. In response to terrorism that cost the lives of over 2,500 innocent people that day, the Bush government unleashed a campaign of aggression on an unprecedented scale and dubbed it the “Global War on Terror.” Soon America was fighting wars in Afghanistan and Iraq, while sponsoring local military missions to combat “terrorism” in dozens of countries in all regions of the world.

In the Philippines, a staunch US ally that receives most of its military funding and training from American troops, then-President Gloria Macapagal-Arroyo launched Oplan Batay Laya—a 2002 counter-insurgency military operation modeled after operations of previous Filipino governments—that targeted armed insurgent groups as well as activists, politicians and clergy critical of the government. The Pentagon simultaneously initiated Operation Enduring Freedom-Philippines, part of a military effort linked with the main Operation Enduring Freedom mission in Afghanistan to fight “terrorism.” In addition to training programs, in January 2002 the Pentagon deployed 1,200 Special Operation Forces, an elite combat group to Western Mindanao and the Sulu archipelago to “assist” the AFP in counter-insurgency campaigns.

The US and the AFP did much more than pursue armed gangs like Abu Sayyaf wreaking havoc in Basilan. During Oplan Batay Laya, an estimated 1,206 people fell victim to extrajudicial killings and 206 were disappeared, according to Karapatan. Almost all of these victims were activists, members of progressive political parties, clergy and anyone outspoken against the neoliberal policies of the Arroyo regime. These victims were innocent, patriotic civilians exercising their democratic rights and were not armed or engaged in combat against the state, contrary to government reports. Mainstream human rights groups like Amnesty International, Human Rights Watch and the UN have all condemned these acts of terror and have said they point to a comprehensive strategy by the AFP to wipe out opposition groups.

Although in most cases the victims were critical of Arroyo, in some cases the military campaign was so destructive that it claimed the lives of ordinary civilians, often completely disconnected from activism or government criticism. One such case is that of Romolus Lolit, a 25 year old tricycle driver from Pampanga. At half past midnight on November 17th, 2006—during the height of the extrajudicial killings in the Philippines under Arroyo—two vans pulled up outside Romolus’ home and four armed men between the ages of 35 and 45 jumped out and scaled the wall surrounding the compound he lived in next to his mother and two sisters. Their faces were not covered in a show of unusual brashness and confidence in impunity, and their attire and appearance—black shirts, khakis, fatigues, crew cuts and large muscles—convinced Romolus’s mother, Nanay Lolit, they were from the military. The men approached Nanay Lolit’s house, pointed their guns at her as she tried to close her window and ordered her to open the front door.

Upon entering the house, the four men asked for Leni Lolit, Romolus’s younger sister, who was active in organizing a local peasant community. Leni, who had received word ten days earlier that the military stopped by her house looking for her, was in Manila staying with her mother-in-law on account of her personal safety. Nanay Lolit, a thin woman with black hair and few worldly possessions who was fiercely protective of her children, informed the men Leni was not home. As she turned around to go back to bed, one of the men grabbed her, pulled her by her shirt and forced her to sit down. “Who’s living next door?” they demanded in Tagalog, and barged into the neighboring house, where Romolus lived with his wife and two children. After futilely searching the house for Leni, the men were frustrated and demanded her whereabouts. Romolus said he didn’t know, at which point two of them grabbed him and proceeded to drag him out of the house and into one of their vans. His wife latched onto him, begging them to stop and one of them men threw her to the ground, pointed a .45mm pistol at her and told her to shut up.

Since her son’s abduction, Nanay Lolit has moved from her house in Pampanga to Manila because she needed to find support for her two grandchildren and because living in the house brought on continuous trauma. When her husband, with whom she had been separated, heard the news, he had a stroke and is now paralyzed. One time, Nanay Lolit dreamt she saw Romolus, and asked him why he hadn’t come home. Romolus told her, “Let me be. I’m near you,” and she awoke in despair. She carries pictures of Romolus and his daughters wherever she goes and even sleeps with them nearby. She thinks of him “every day and every night,” and says if she sees her son today, she would never let him go. Because of his absence and because there is no closure, she is forced to live a life of daily suffering, where all happiness is tempered by the instant remembrance that her son is somewhere out there, yearning for her motherly warmth.

When I witnessed the fall of the Twin Towers while being evacuated from my middle school, I was in a state of shock and awe. The sight of something so monumental imploding before my eyes put me in an emotional trance. What were the implications of such a powerful event, I wondered. Little did I know that ten years later I would come face to face with a woman whose suffering was caused by the Bush administration’s response to 9/11, the “Global War on Terror”—not in a cave in eastern Afghanistan, not in the bombed-out streets of Baghdad, but in Quezon City. Nanay Lolit’s son was just one of many innocent victims of the Philippines counter-insurgency program, sponsored by the US military.

After September 11th, the American government said it needed to take drastic steps to protect US citizens. I was told over and over again that my life was in danger because of Islamic militants, and that wars of aggression around the world were justified because they would keep me safe. The attacks that killed over 2,500 innocent Americans on September 11th were abused to no end in the name of American imperialism, which has caused untold suffering and the deaths of many hundreds of thousands world-wide.

But just as Nanay Lolit has not stopped searching for her son and has since joined other mothers to demand justice, so must I demand that my government be held accountable and responsible for the wrongdoing it has done while pretending to serve my interests. As the tenth anniversary of the September 11th attacks edges closer, we must all strive to ensure that the events of that day are no longer used as to cause millions of others to suffer around the world.