Last February, the Supreme Court issued a decision ordering the Manila Development Authority (MMDA) to remove illegal structures along water systems, river banks and waterways connected to Manila Bay and to continued doing so until Dec. 31, 2015. The cleanup operations are currently in progress, but an organization of fisherfolk is saying that the operations are actually a guise for the demolition of poor fishing communities.

In a five- page letter of concern, the groups appealed to SC Chief Justice Renato Corona and 14 other justices to take action against what they said was the destruction of the homes and livelihood of residents in communities near Manila Bay, Pasig River and the 94,000 hectare Laguna Lake. They said that the justices failed to consider the matter of social justice when they decided against petitions opposing the Manila Bay cleanup project. 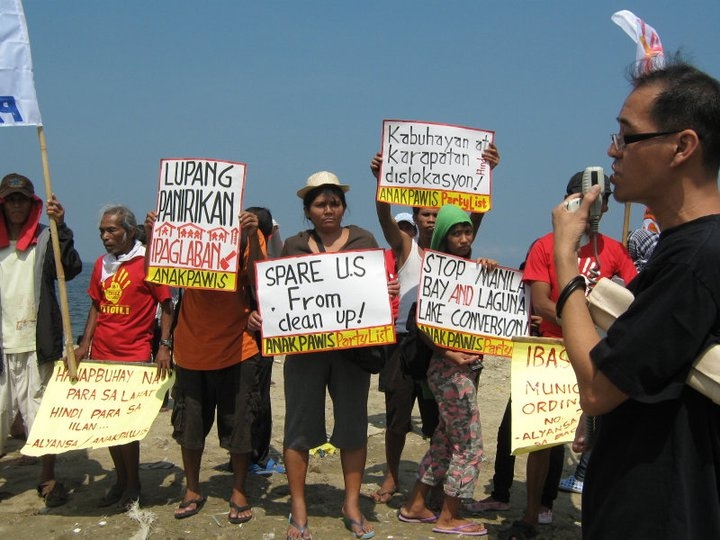 The group are protesting against the SC’s decision which also states that the MMDA should present a plan for the removal of informal settlers, their houses, structures and encroachments on or before June 30, 2011 and operations must continue until the end of the year 2015. The decision also gave the Department of Public Works and Highways (DPWH) and local governments in Rizal, Laguna, Cavite, Bulacan, Pampanga and Bataan provinces until Dec. 31, 2012 to demolish illegal settlements near river banks.

Pamalakaya chairman Ferdinand Hicap said that his group was all for restoring and rehabilitating Manila Bay, Laguna Lake and the Pasig River, but not at the expense of the communities living around them. 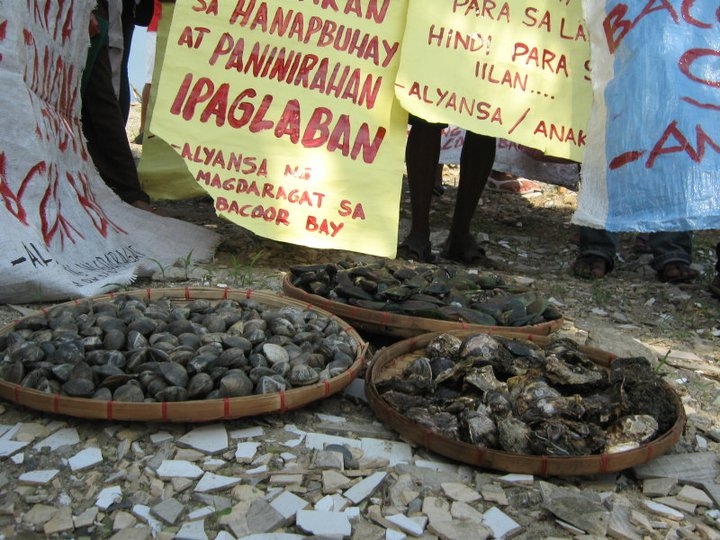 The Save the Laguna Lake Movement said that efforts to rehabilitate Manila Bay should go beyond cleaning the waters and making it swimmable. As they currently stand, the cleanup actions are primarily eviction operations, targeting poor communities who live around Manila Bay and derive their humble livelihood from it.

Clean up Manila Bay by removing the urban poor

In December 2008, the SC dismissed petitions filed by several government agencies asking the court to overturn the Court of Appeals September 2005 ruling upholding a Cavite trial court’s ruling. In that ruling, the Cavite court ordered the government agencies to clean-up Manila Bay and make it suitable for public bathing and swimming, and for catching milkfish and other similar fish species.

According to reports, the The Manila Bay Advisory Committee (MBAC) reported to the SC that there were several setbacks in monitoring the implementation of its December 2008 decision. These include the lack of government agencies’ uniform manner of reporting their cleanup, rehabilitation, and preservation activities. Because of such problems the SC ordered the Department of Environment and Natural Resources (DENR) to submit until June 30, 2011 its updated operation plan for the Manila Bay cleanup.

The high court also gave the DENR until Sept. 30, 2011 to submit the names and addresses of persons and companies in Metro Manila, Rizal, Laguna, Cavite, Bulacan, and Bataan that generate toxic and hazardous waste.