Photo of the Week: Counter Culture 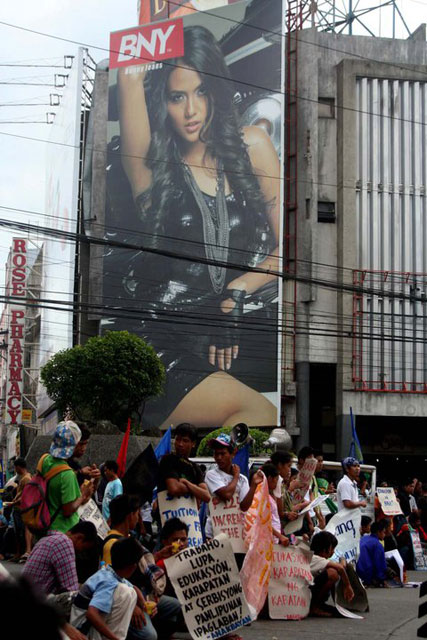 Youth activists advocate a radical message of change similar to that of the “days of disquiet and nights of rage” during the First Quarter Storm, as described by author Jose Lacaba. In Bacolod City, beneath a billboard inspired by consumerism and the pop culture of what activists call as a “decadent society,” the youth rage on.